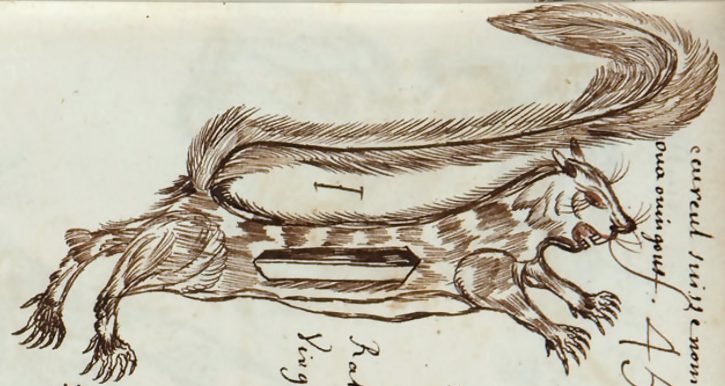 Some species are better to “think” with than others. Environmental activists often draw attention to their causes through reference to “flagship” or “charismatic” species. Invocations of the threatened habitat of the marbled murrelet helped galvanize opposition to logging in the Pacific Northwest in the 1990s, just as the Kermode bear subspecies has served a similar function in the Great Bear Rainforest.

The species that humans highlight tell us much about those people. Humans tend to choose larger flora and fauna, ones that are aesthetically attractive and are generally cast as being beneficial—or at least not harmful—to people. Wolves may have been considered dangerous by early modern European peasants, but they also became a charismatic species for Farley Mowat and others in the twentieth century. Few environmental activists make reference to microbes, mosquitoes or worms as a way of attracting attention to their cause, though the Monarch butterfly—appropriately named for my purposes in this essay—is certainly a useful talisman.

Human actions that decimate species of microbes or mosquitoes are much less likely to attract disapproval, though tellingly, scientists have not destroyed the last remaining, heavily guarded stocks of the smallpox virus. Such decisions are not easy ones: think of the Star Trek TNG crew’s decision on whether or not to destroy the dangerous, unique species the “Crystalline Entity.” (I won’t spoil the plotline.)

When Europeans came to North America in the sixteenth and seventeenth centuries, they encountered some new species, and they certainly recognized different distributions of species they knew already. In published accounts, they described the natural features of the region to a European audience. The descriptions that Jacques Cartier and Samuel de Champlain penned of the St Lawrence Valley focused on the phalanxes of trees that obscured their views. Much of what they saw could be understood in familiar terms, but they tended to emphasize the newness of the continent. 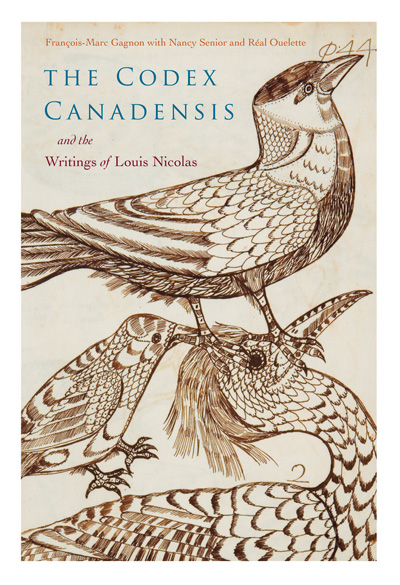 In the late seventeenth century, Jesuit priest Louis Nicolas wrote a natural history of New France, dedicated to King Louis XIV. Although the manuscript was not published at the time, it is now available in a handsome edition by François-Marc Gagnon with Réal Ouellet and translated into English by Nancy Senior.[1] Nicolas began his description of North American species by claiming that he was revealing “a foreign country, where everything is different from ours.” (265). This was a useful rhetorical position—who would want to read something that offered no new insights?

But it was empirically an exaggeration—the distinctions between North American and European flora and fauna are not that large. This part of North America may have enjoyed a different geography, including the majestic St Lawrence, but Europeans could make sense of it in a fairly straightforward fashion. North America, at least this part of it, was not, for instance, Australia.[2]   Moreover, the propensity of nature writers in the seventeenth century encouraged them to compare what was known with the new, hence making even the new species knowable.

Like most understandings of French society of the time, Nicolas’ natural history saw the world in a hierarchical order. His descriptions followed an Aristotelian view of nature: animals were classified not by their genus (as Linnaeus would develop in the eighteenth century) but rather largely by the element in which they lived.

In a pre-Linnaean world, there were various ways to organize the taxonomy of mammals. While Linnaeus systematized mammals according to their teeth structure, placing rhinoceri in the same genus as mice and beaver, other arrangements were possible. Nicolas organized his taxonomy by size, describing species from the smallest to the largest, from the hummingbird to the turkey. This structure allowed him to give prize of place to the animal deemed most majestic. Louis XIV was an implicit presence throughout Nicolas’s manuscript, and he provided justification for the ordering of the species. 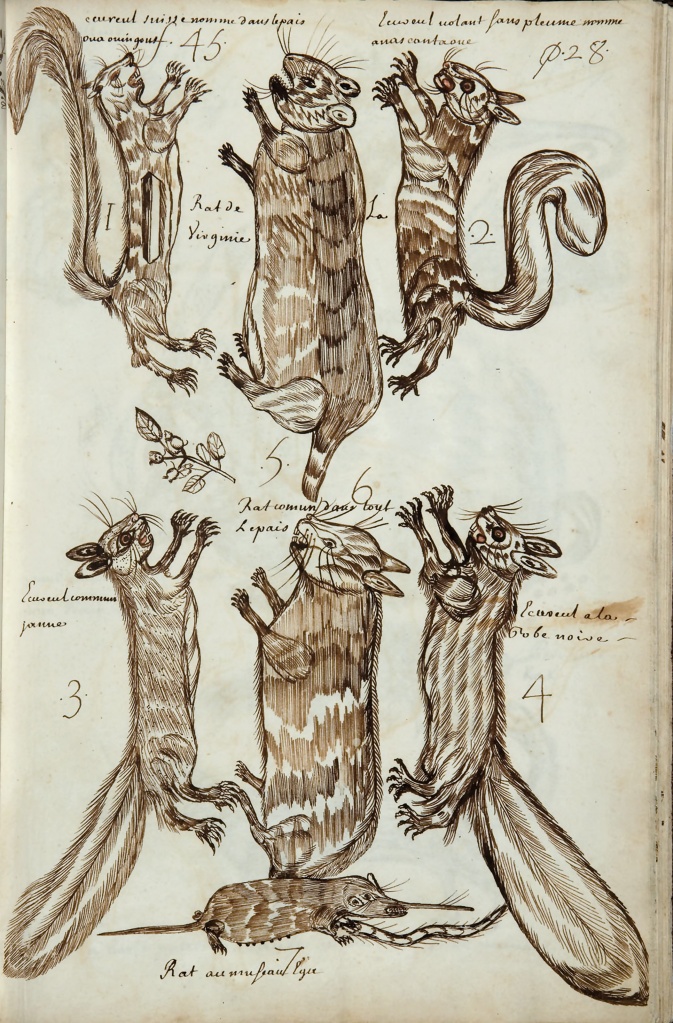 Enumerating the various species in the colony, Nicolas identified a number of kingly exemplars. Among the water birds, the swan (Olor columbianus) was proud and majestic. The falcon (Falco peregrinus), with its aristocratic connections, “has always been considered the king of the long-winged birds…” (363).

But perhaps the least likely charismatic animal for Nicolas to choose was the chipmunk (écureuil suisse, Tamias striatus). For the Jesuit, the chipmunk was the most noble of all the North American animals. This determination reflected the enthusiasm that Louis XIV had exhibited when he saw it: “it has already received its letters of nobility from the mouth of the most august and most invincible Monarch of the world, that is, Louis the Great.”(304) Louis’s enlightened son, his most pious queen and indeed the court in general were also most impressed when Nicolas presented a chipmunk to them. The beauty of the chipmunks’ fur, as well as the delicacy of their body and their “belles grâces” rendered them the most impressive mammals. Moreover, their flesh had an exquisite taste, as delicious as young ortolan buntings. The king ordered that the chipmunks be placed in his menagerie at Versailles.

The king’s interest in the chipmunk provided circular proof of his superiority and thirst for knowledge: “His Majesty… is moved by the noble desire to learn and to see everything that is beautiful, curious, and rare in nature…” (306). Nature reinforced the king’s majesty, and he supported the study of natural phenomena. In other words, Louis’s interest in the chipmunk, as ephemeral as it may have been, was enough to imprint majesty on the small mammal.

Environmental history challenges us to de-centre the human perspective on the past.   But this is a difficult proposition to carry into practice. The audience is always present in the text. Even if Louis XIV never read Louis Nicolas’s manuscript, the royal presence was clear—and the monarch’s enthusiasm for the chipmunk codified that animal’s status at the king of the beasts of New France. At the same time, it reveals the arbitrariness of the absolutistic kingship: the chipmunk was majestic because, apparently, His Majesty said so.

Colin M. Coates holds the Canada Research Chair in Canadian Cultural Landscapes at Glendon College, where he teaches in the Canadian Studies programme. He is the director of the Robarts Centre for Canadian Studies. A specialist in the history of early French Canada and environmental history, he is conducting research on Canadian utopias. You can find him on Twitter @ColinMCoates.

This essay is part of a series on pre-Confederation environmental history, jointly hosted by Borealia and The Otter ~ La Loutre, the blog of The Network in Canadian History and Environment (NiCHE). You can find the rest of the series here.