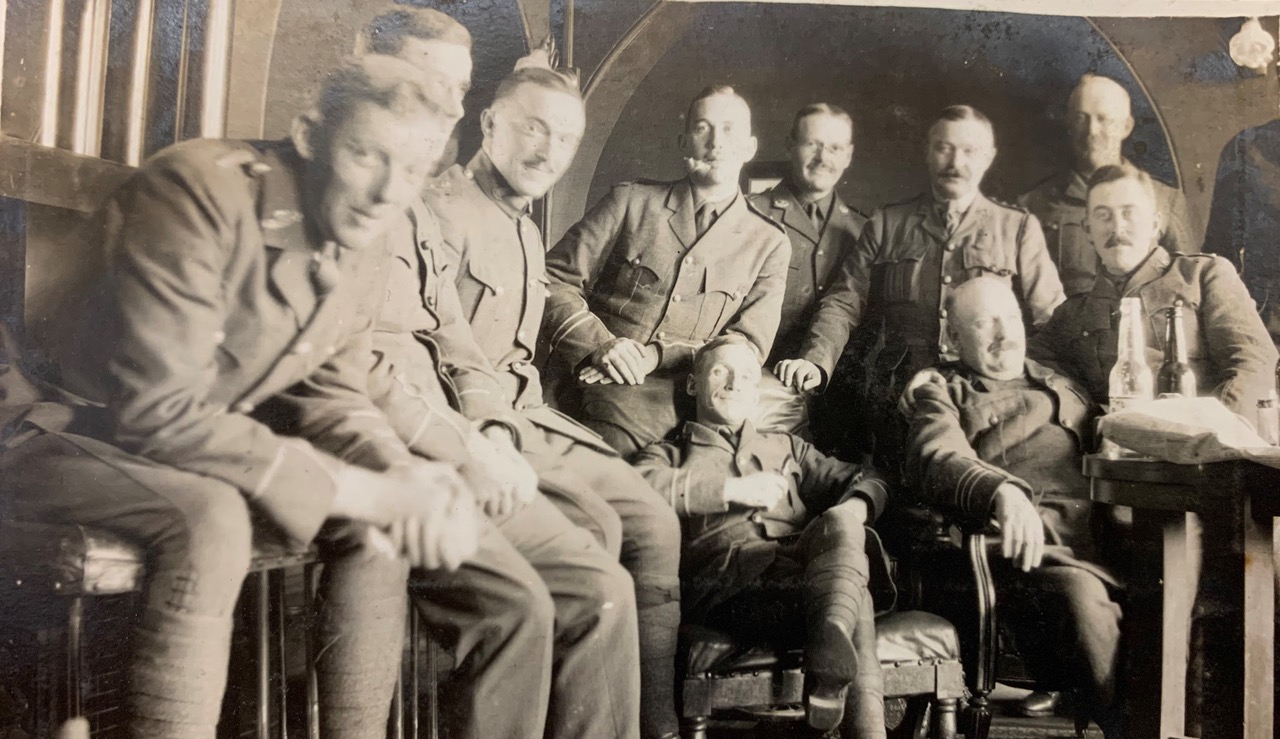 [This essay is part of a series of contributions to be published over the coming years by members of the research group “Military Service, Citizenship, and Political Culture: Studies of Militias in Atlantic Canada.” Any questions about the project can be sent to Gregory Kennedy, Research Director of the Acadian Studies Institute at the Université de Moncton at gregory.kennedy@umoncton.ca.

For most Canadians, military participation during the Great War meant overseas service with the Canadian Expeditionary Force (C.E.F.), initially in Britain and then on the Western Front in Belgium and France.  It is also generally understood that some of these Canadian volunteers had served with the militia, both before the war and during its early phases.[1] What we often lose sight of is that many militiamen also served at home, fulfilling a range of more traditional roles. This trend underlines the wider story of how during the First World War the role of the Canadian militia shifted from its original home defence duties to service overseas and, with it, popular conceptions of what constituted legitimate military service, especially in wartime.[2]

In the days leading up to the outbreak of war on August 4, 1914, many officers commanding New Brunswick’s various militia units received orders from Ottawa to place their troops on a war footing and prepare to send troops overseas.[3] Several units contributed troops to the First Contingent of the C.E.F., including the 67th, 71st, and 74th Regiments, 3rd (New Brunswick) Regiment, Canadian Garrison Artillery (C.G.A.), 10th, 12th, and 19th Field Batteries, 1st (Brighton) Field Company, Canadian Engineers, and No. 7 Army Service Corps Company.

A few months later, some militia units provided troops for the Second Contingent, particularly the 62nd Regiment, which saw many of its troops join the 26th New Brunswick Battalion, while the 3rd C.G.A. contributed to the Headquarters and No. 1 Section of the 2nd Divisional Ammunition Column.[4] Thereafter, militiamen enlisted in large numbers in the numerous C.E.F. units raised within the province over the next three years. By the end of the war, some 27,000 soldiers had been raised in New Brunswick, 17,000 of whom fought overseas.

At the same time, many New Brunswick militia units were called on to defend vital local sites against enemy attack, their traditional role. Foremost among these locations was the port of Saint John, which saw a Composite Battery from the 3rd Regiment, C.G.A. manning a battery of 4.7-inch guns on Partridge Island and various detachments from the 62nd Regiment guarding harbour docks, elevators, and other properties connected to overseas shipping, Fort Howe, and other locations for the duration of the war.[5]

The 73rd Regiment also provided troops for most of the war to guard the international wireless station at Newcastle.  After the German agent, Werner Horn, bombed the C.P.R. bridge between Houlton, Maine and St. Croix, N.B. in February 1915, the 62nd and 67th Regiments sent detachments to protect the international railway crossings at St. Croix and St. Leonard.

In September 1914, three New Brunswick militia infantry regiments – the 67th, 71st, and 74th – were also called on to contribute companies that numbered 60 all ranks to the Composite Battalion, a Maritime wartime unit, raised to garrison Halifax when The Royal Canadian Regiment (R.C.R.) was sent to guard Bermuda.[6] In March 1915,  3rd C.G.A. also sent some of its gunners to man coastal defence batteries around Halifax.[7]  Many of these troops remained on service until mid-1918.  Several New Brunswickers serving with the Composite Battalion were killed and many others injured during the Halifax explosion on December 6, 1917.

During the last two years of the war the government took steps to re-organize Canada’s home defence system.  By early 1917, most C.E.F. units had gone overseas leaving only these small militia detachments available to defend the country.  In April, the government reinforced its home defence establishment by creating the Canadian Defence Force (C.D.F.) to be raised by 48 city militia regiments across the country, including the 62nd Regiment, which organized a special service company.[8]

Then, in April 1918, the Canadian Garrison Regiment (C.G.R.) was created throughout the country to absorb all home defence detachments. The 7th Battalion, C.G.R. was established in Saint John and drew much of its strength from the 62nd Regiment. It remained on duty until mid-1919 assisting with demobilization.

New Brunswick militiamen were also required to guard “enemy aliens” and prisoners of war who were interned during the war, initially at the Halifax Citadel and Detention Barracks on Melville Island, and later the Internment Camp created at Amherst, Nova Scotia in March 1915. Several New Brunswickers participated in the detail from the Composite Battalion that travelled to Jamaica to guard 300 German prisoners of war being transferred to Amherst in early 1915.

Militiamen took on home defence duty under a variety of circumstances. According to the terms of their contracts the soldiers were obliged to turn out when called upon for home service. Many welcomed the opportunity. Early on, some who volunteered for overseas service but were rejected joined home service drafts as an alternate way of doing their patriotic duty.[9] Home service also offered many militiamen another pathway to overseas service. For example, in early 1916 the Composite Battalion organized two overseas drafts that provided soldiers with their eagerly sought-after ticket to the front. Others transferred to the R.C.R. Base Depot in Halifax and were among the replacements sent to the unit overseas.[10]

However, by 1917 recruiting for home defence service was becoming as challenging as it was for the C.E.F. overseas, leaving militia units seriously understrength and struggling to find new recruits. Some worked in protected occupations and were ineligible for active service, while those that qualified for overseas service under the Military Service Act left for the front when conscription took effect.

The story of New Brunswick’s militia’s role during the Great War highlights several important avenues of inquiry which this study pursues. First was the contribution that many provincial units made to raising the C.E.F. for overseas service, especially during the first part of the war. Second, and less known, was the part they played in the defence of key sites around the Maritimes against possible enemy attacks. Third is what it tells us about how militia soldiers saw their role in the war effort. Fourth is the challenges the militia faced carrying out its roles, especially manpower shortages. And finally, how the Great War shifted the primary role of the militia from home defence to overseas service.

Brent Wilson is Editor Emeritus at the Gregg Centre for the Study of War and Society at the University of New Brunswick.

[1] Desmond Morton, When Your Number’s Up: The Canadian Soldier in the First World War.  Toronto: Random House, 1993; and Tim Cook, The Secret History of Soldiers: How Canadians Survived the Great War.  Toronto: Allen Lane, 2018.

[8]  The C.D.F. was organized into regional divisions.  The Maritime division included the 62nd Regiment, and 63rd and 66th Regiments from Halifax.  In time, other provincial units, including the 74th Regiment and 19th Battery, were directed to recruit to full peacetime strength in readiness for an emergency call out.

[9] Some militia volunteers could not meet the more rigorous physical standards for overseas service, especially early in the war, while married militiamen were sent home when they could not produce the required permission from their wives.  See Nic Clarke, Unwanted Warriors: Rejected Volunteers of the Canadian Expeditionary Force. Vancouver, BC: UBC Press, 2015.