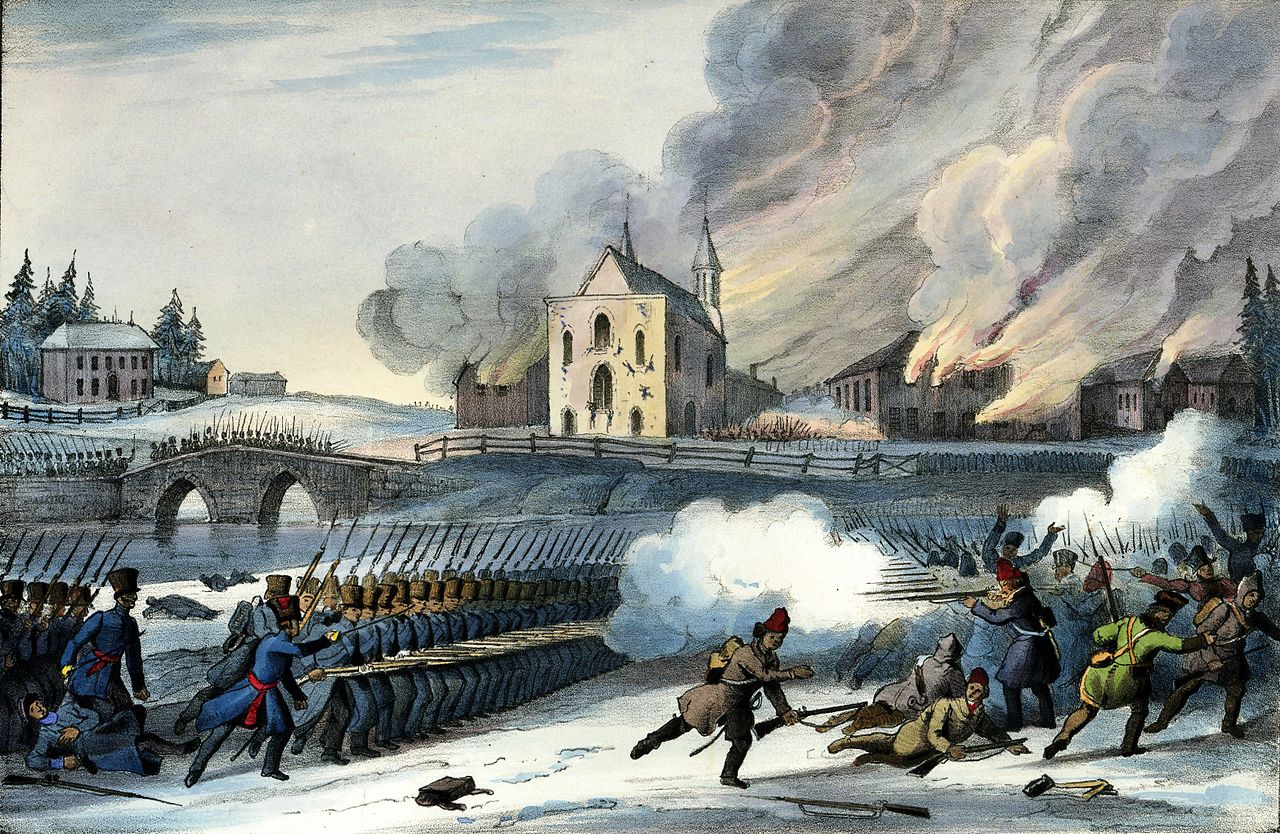 In the months since the 19 October election, Canadians – from Justin Trudeau to church groups preparing for Syrian refugees – are reasserting one of the most recognizable tropes about Canada, that the country is an international leader in humanitarian aid and an advocate for multilateral and conciliatory approaches to international challenges. In mid-November the Globe and Mail ran an editorial referencing the Geneva Convention of 1949 and urging Canadians to reaffirm the country’s commitment to international law and humanitarian traditions; “as a leading member of the international community, [Canada] must do its part to uphold the letter and spirit of humanitarian law,” including acting as a leader in calling for an independent commission to investigate the American bombing of a hospital in Kunduz, Afghanistan in October. Unarticulated but central to the editorial’s argument was that ideological differences need to be set aside in the interests of international justice; the three authors were Joe Clark (former Progressive Conservative Prime Minister), Ed Broadbent (former NDP leader), and Irwin Cotler (former Liberal MP and Minister of Justice). The editorial also reaffirmed that Canadians and Americans have substantively different understandings about how to respond to violence both internationally and domestically, about when it is appropriate for a state to use violence, and what the boundaries to that violence should be. Indeed, the decision of the Liberal government to withdraw Canadian fighter jets from bombing ISIS contributed to the Minister of Defence Harjit Sajjan not receiving an invitation from the US Secretary of Defense, Ashton Carter, to a multilateral meeting to discuss coalition strategies to end the threats of ISIS.

As historians of pre-Confederation Canada and the United States, we have committed a great deal of our intellectual energies, individually and collaboratively, to understanding why the two countries have such profoundly different understandings about the role of violence in defining the character of social order, from localities to the international community. We know that the frequent contrast between Canada as peace-loving and the United States as more violent can too often mask episodes of violence in Canadian history. As well, we know that Canadian history is often dismissed as irrelevant to understanding the modern world because its historical narrative is not intensely shaped and punctuated by episodes of large-scale violence. Yet as Jerry Bannister reminds us, colonialism is intrinsically violent, involving at the very least the traumatic displacement of indigenous peoples. Involving Indigenous leaders in relocating their nations, as the British did with Thayendanegea (Joseph Brant) and the Mohawks after the American Revolution, does not assuage the suffering of the ordeal. And as the recent report from the Truth and Reconciliation Commission on Residential Schools tells us, cultural genocide through education is a profoundly disruptive form of social violence that echoes down the generations in Indigenous communities, hampering if not handicapping their ability to build strong nations.

The two of us, along with Jerry Bannister and Denis McKim, are coordinating a team of over 20 scholars who are grappling with the question of “Unrest, Violence, and the Search for Social Order in British North America and Canada, 1749-1876.” This blog post is the second from the team to explore an aspect of the project.

In this post, we want to address the nature of the existence of violence in societies. We recognize that the question is not whether public violence existed in Canada. It was quite evident and frequent, especially in the 1830s and 1840s, and similar to violence in other locations in North America and the Atlantic world. Indeed, violence in human communities is ubiquitous; we cannot operate from the premise that Canada had little to no violence in its past. In our period we note the broad trans-Atlantic themes of religion, ethnicity, ideology, politics, and economic forces that underpinned collective violence in Europe and North America. But intertwined with these powerful and seemingly generic impulses were indigenous and local factors in the British North American colonies that deserve close attention. To cite one example to illustrate the complicated interplay between macro and micro themes, tensions between Protestant denominations and Roman Catholics were a wellspring of numerous wars and public clashes in the trans-Atlantic world. In the British North American colonies dozens of religiously polarized riots, particularly in the first half of the nineteenth century, were rooted in this systemic antipathy between Catholics and Protestants. Yet local elements and unique episodes of tension rather than larger catalysts led to each clash in British North America, and they need to be explored and understood on their own terms.

Perhaps the most substantive issue is how British North Americans/Canadians mediated, restrained, or deployed violence. We maintain that the tolerance for violence in British North America was lower than other locations in the Atlantic world in late eighteenth and nineteenth centuries, especially in the United States. If the trope of violence in the history of the United States can be cast in a positive light, it is typically couched in the transformative and exceptional encounters of the Revolutionary War and Civil War. Conversely, we maintain that since the Seven Years’ War and Conquest of Quebec, the British North American colonies viewed public and organized violence, but not all state violence, as corrosive and counterproductive to the evolution of social and political order. Scholars in our project are exploring and seeking to articulate the level of tolerance for collective violence among different groups and colonies from the mid-eighteenth century to the early Confederation era. The political dimensions of this theme can be teased out in legislation, official commissions, sessional papers, election behavior, and discourse. Moreover, we will pay close attention to the use of the military, constabulary, and justices of the peace in their efforts to curtail public crowd activity and quell violence when it erupted. Importantly, we will apply a critical analysis to determine the role, if any, of officially sanctioned groups that were charged with maintaining order and how they shaped and bore responsibility for violent episodes.

This investigation into the ways in which people in British North America grappled with social and public violence cycles back to the opening paragraph about modern Canadian self-identity. Our collective investigation into violence, unrest, and the search for social order might sharpen our understanding of Canadian civic identity in the context of modernity. Violence did not appear to be harnessed regularly by elites in an attempt to buttress their political or economic control, with the important exception of organized coercion and bellicose clashes with Indigenous peoples. We view this as a significant departure from the American embrace or tolerance for violence that found its roots in the revolutionary exercise of violence for a just cause, which rapidly became a fixture for national identity in the United States. One of our tasks is to identify the countervailing forces in Canada of the positivist notion of orderly civic development and a seemingly antithetical tolerance for a certain level of violence in the public sphere. Over time, cultural forces, both through the provincial and federal states and societally through institutions of the public sphere, deliberately defined and constructed a civic identity that viewed social violence as anathema to colonial and early national development.

Our next post will tackle the complexities inherent in the very concept of violence – which manifested in everything from rebellious uprisings; to sectarian clashes; to workers’ revolts; to seemingly orderly legal processes, such as treaties, that had violent implications for Indigenous peoples – and its impact on the British North American colonies and early Confederation Canada.

Elizabeth Mancke is Canada Research Chair in Atlantic Canada Studies at the University of New Brunswick. She has found that the study of Atlantic Canada provides unusually rich points of analytic purchase on major issues in the modern world. Dr. Mancke is working on a book entitled Imperium Unbound: European Expansion and the Making of Modern Geopolitics.

Scott W. See is Libra Professor of History at the University of Maine. He teaches graduate and undergraduate courses on a variety of Canadian, American, and Canadian-American topics, and was Fulbright Research Chair at Dalhousie University in 2013-2014. His scholarly works include The History of Canada (2nd ed.: Grey House Publishing, 2010); and Riots in New Brunswick: Orange Nativism and Social Violence in the 1840s (University of Toronto Press: 1993 and 1999).