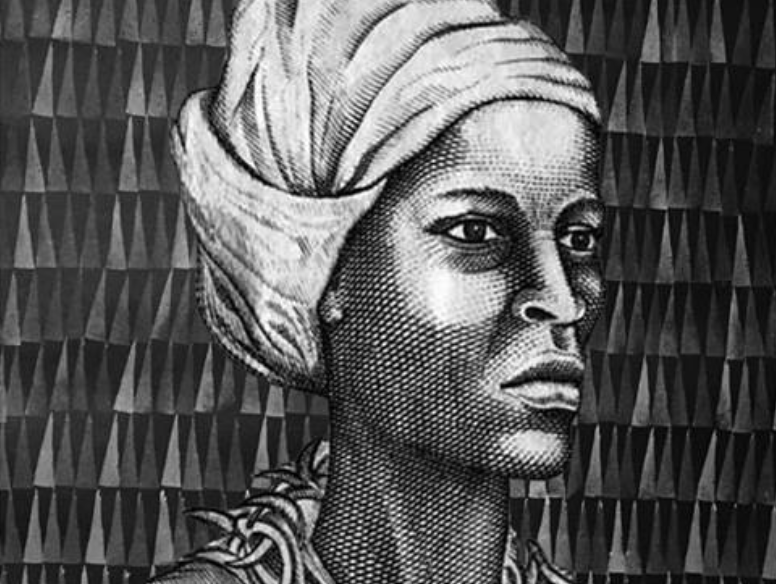 How does Canada’s more open, even welcoming policy towards Syrian refugees fit with other refugees, black loyalists and Maroons who entered the Maritimes over 200 years ago when the colonies were peripheral regions within a larger British Empire? Part of the difference between earlier exiles and those of our own time is sheer scale: our age with its modern warfare, and the quasi-theological ambitions of totalitarian men – is an age of mass immigration. When we consider refugees today, we imagine large groups of bewildered families requiring urgent international assistance. The entire world, it seems, mourned for the three-year old boy drowned off the Turkish coast.

How do these concerns connect to the views expressed towards two groups of black refugees who entered Nova Scotia two centuries ago? That too was a moment of massive transformations, an era of Atlantic revolutions (American, Haitian and French), as well as Atlantic-wide anti-slavery movements. It too was an age of refugees. About 3,000 black loyalists came to Nova Scotia in the 1783, at the end of the War of American Independence. Like white loyalists, the black loyalists in addition to being pro-black were pro-British – they had faith that a British monarchy offered more freedom than an American republic. And 550 Maroons entered in 1796, comprised of about 150 families. After less than a decade, in 1792, over 1,000 of the black loyalists left Nova Scotia. These Maroons stayed four years in Nova Scotia, from 1796 to 1800, and thereafter also relocated. Both groups went to the British West African settlement of Sierra Leone.

Why did these two groups of black refugees flee Nova Scotia? How did the society fail their aspirations?

The black loyalists left a slave society in the U.S. for a society of slaves. The fewer number of slaves in Nova Scotia did not blur the racial divide; as in the United States, deeply ingrained racial prejudices precluded black people’s chances of integrating into Nova Scotia’s civic society. Yet white Nova Scotians imagined themselves as a better sort of people. They portrayed West Indian planters as tyrants and imagined slaves as always hungry, and suffering, inhumanly punished by evil, power-hungry sadists. In contrast, Nova Scotia itself appeared as a center for suffering blacks: the prevalence of black servitude and racism in its midst did not compare, supposedly, to the callousness in the Caribbean. But black loyalists saw no future. They had entered a world where black freedom was precarious – even anomalous. Their degraded status in Nova Scotia did not represent a transitional halfway house for the assimilation of immigrants – their servile status would be passed down to their descendants. No path towards integration existed. Faced with racial intolerance, and the militant opposition of white laborers who feared they would be undersold, many black loyalists – preachers, teachers, leaders – gave up on what they had hoped would be a place for economic advancement and political possibilities.

The Maroons were a special group of refugees – perhaps one less likely to win sympathy from today’s humanitarians than they did at that time. They too were refugees of war, deported from Jamaica after an eight-month war with the colonial government. Unlike the black loyalists who came to Nova Scotia as compensation for their loyal service to the empire, the Maroons were exiled to Nova Scotia by the Jamaican government as punishment. Yet they were not abandoned to die. The governor of Nova Scotia, the former royal governor of New Hampshire, John Wentworth, hoped to incorporate them. In need of settlers and military auxiliaries during a time of anticipated French hostilities, the Maroons seemed to provide a perfect opportunity. But like the black loyalists before them, the Maroons found the work degrading and hoped to reach a British zone where they could exchange their military experience for autonomy. They did not express gratitude for a life of poverty.

The serial migrations of both groups of free black refugees from Nova Scotia within a ten-year period seems striking. But when compared with the trickling migration of white loyalists from the Maritimes to the United States, the migration reflects a broader pattern. The black loyalists did not have an alternative to return to the U.S. where enslavement was a bigger threat. The Maroons begged to return to Jamaica but in the era of the Haitian Revolution, no British administrator was ready for them to return to the Caribbean, much less to Jamaica. Displaced black families became caught in the cross-currents of the Atlantic world at a moment when the British were experimenting with anti-slavery and launching their claims to West Africa. Free blacks, poverty-stricken and unable to return to their homes, stood ready, in various degrees, to face a new set of circumstances in Sierra Leone. Already uprooted, they confronted a second migration from a perspective likely unavailable to other ex-slaves: The first exile burdened them with an awareness of imperial alternatives.

A group of committed anti-slavery proponents rushed to support rescuing free blacks from Nova Scotia. But these same paternalistic humanitarians ignored the peril faced by the Mi’kmaq and other First Nations in Nova Scotia. The influx of thousands of loyalists had resulted in a greater dispossession of the Mi’kmaq during the 1780s. As John Reid has shown, the flood of loyal settlers who demanded titles and land in exchange for their loyalty degraded the status of the Mi’kmaq. As never before, the loyalists’ takeover of Mi’kmaq grounds created displacement and led to impoverishment. But no Atlantic-wide movement focused on the plight of the Mi’kmaq.

Prime Minister Justin Trudeau’s heartfelt welcome of the Syrian refugees at the Toronto airport raises critical questions about the intertwined relationship between domestically marginalized groups and new refugees, about extending benevolence and anticipating gratitude. As the Mohawk entrepreneur, Liam Massaubi, wrote in The Toronto Star, just three months ago, “Well, look at the situation of indigenous people and the circumstances of the refugees coming to Canada from other countries. Trauma, seeking a better life for their families — all shared by both groups. But First Nation people just don’t get the compassionate headlines like others.

Last April, when Canada’s minister of Indigenous Affairs visited the Attawapiskat First Nation in northern Ontario, Robert Sutherland seized the opportunity to get some answers. “Tell me why we First Nations live in third world conditions,” he asked Carolyn Bennett. “Why is it so easy for the government to welcome refugees and offer them first-class citizenship in our country? When will Canada wake up and open its eyes to First Nations communities?”

In December 2015, Cindy Blackstock, the executive director of the First Nations Child and Family Caring Society of Canada, worried that “Canadians’ imagination for what they can accomplish internationally is much sharper than it is for what they can do at home.” The tendency, she says, is to blame First Nations for their own problems. “It is a deeply embedded stereotype in Canada,” she observes. “No one is blaming the refugees for their circumstances. But when it comes to First Nations, the view is that it is our responsibility. That we are the ones who created all this.”

Prime Minister Justin Trudeau has acknowledged the challenge, that is to embrace domestically what the government is ready to do internationally.  “In indigenous communities where there has been the support and an ability to do language and cultural teaching to an extremely high level, suicide rates have plummeted,” said Trudeau. “So much of it is about a sense of identity, of who they are, how they fit in.”

The question of identity returns us to the refugees of today, not only to the problems of indifference – but to George M. Frederickson’s worries about other systems of supremacy. Religious tribalism, he cautioned about fifteen ago, can work in place of racism without appearing insidious because it is based on an emphasis on ethno-cultural divisions and not ethno-racial ones. It links identity to upbringing, habits, and values. The eighteenth-century disinterest, even disdain, for the Mi’kmaq – but not for the free blacks – makes this apparent.

The troubling question is how to attack this tribalism – and how to control its consequences. “Immigrants are often very thankful they were able to come to the U.S., so they’re willing to sort of look the other way when someone treats them unfairly,” says Irene Bloemraad in a recent lecture at CIFAR [Canadian Institute for Advanced Research]. “Children of immigrants, however, expect to be treated equally — and when they’re not, there’s more potential for them to build feelings of resentment and alienation.”

Eighteenth century wars created white loyalist exiles who were determined to exile those they viewed as fundamentally outside their fabric of values: these included black refugees and the Mi’kmaq. Post-Holocaust, worldwide humanitarian initiatives have – at least publicly –  discredited racism as a legitimating ground for discrimination. But what will combat a feeling of ethno-cultural estrangement, one that locates difference not in complexion but some set of undefinable and intangible values? Which refugees will be deemed fit for rescue?

Ruma Chopra is a Professor in the Department of History at San José State University. Her newest book, titled, Almost Home (forthcoming, Yale University Press), examines the ordeal of the Trelawney Town Maroons in three British imperial zones during the late eighteenth and early nineteenth centuries. See more on www.rumachopra.com. You can also find her on Twitter @RumaChopra.

Ed. –  A version of this essay was presented as a research seminar on 31 March 2017 at the Provincial Archives of New Brunswick. It was sponsored by The Royal Society of Canada Atlantic Open Academy, the Loyalist Research Network, and the UNB History Department.

Featured image: Nanny Maroon. A composite image created by Graeme Kennedy, based in part on Jamaican currency. Used by kind permission of the artist.