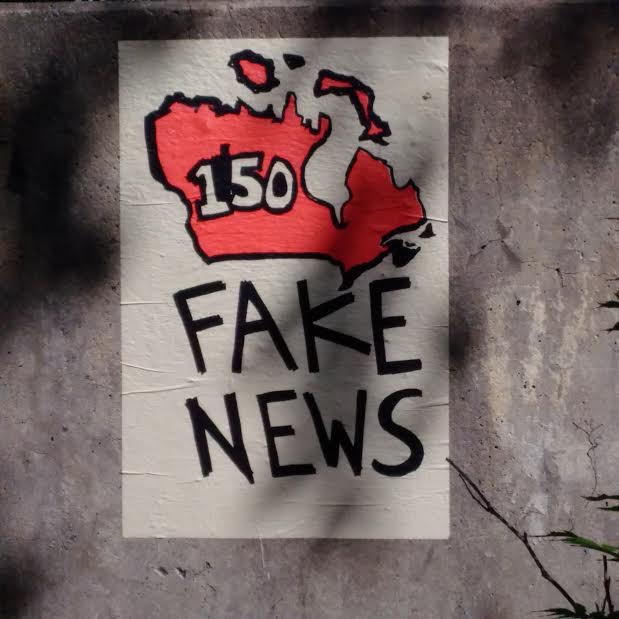 This essay is the second in a three-part series on Confederation that provides critical historical context for Canada’s sesquicentennial anniversary. The first essay was posted on 26 June. The third essay will be posted on 30 June.

July 1 marks 150 years since Canadian Confederation. So what? Confederation is political history, a field long in eclipse in academe; colonialism history is in no mood to celebrate; and anyway isn’t Canada a lot older than 150? But we are, after all, still governed by that constitutional act. In 1867, Canadians wrote a new national political framework, overturning earlier, failed constitutions foisted upon them from Westminster. Surely Confederation should be part of Canadian “mental furniture.”

But to ask what happened in 1867 precipitates you into disputes about how to understand history, especially political history. Confederation makes us ask: what is the value of political deliberation? For those who believe in it, Confederation was an ur-moment of rational political self-determination for its authors. Confederation saw a group of men sit around a table and form a constitutional law. They negotiated it into being, and then sold it to their fellow legislators, to the imperial authorities, and, eventually, sold it to or imposed it on the inhabitants of the northern part of North America more generally. Marx tells us that men don’t make their own fate on their own terms, but Canadian founders seem to have done just that. Moreover, they did so at a moment when the very principle of rational self-determination was in serious disrepute. Marx’s work in discrediting a sovereign political reason was slowly filtering into popular consciousness, but there were more immediate and obvious challenges very familiar to the legislators who debated the British North America Act.

In the 1860s, the dream of reason, always a fragile one, was bowing down before other gods, above all violence and irrationality. Imperial violence was rewriting geopolitics. During the Canadian legislative debates, C.J. Alleyn declared that “in this boasted age of civilization the doctrine that might is right prevails as strongly as in the seventeenth century.” He instanced Prussia’s recent invasion of Denmark and “the iron heel of Russia” crushing Poland and the Caucasus, while in North America, the United States had “resorted to the bitter arbitrament of the sword” and waged war on a “scale unknown since the Russian campaign and the great Napoleonic wars.” Such “stern rules of statescraft” proved, he argued, that “power must of necessity increase and encroach,” and that “pure justice and abstract right, without armed battalions to support them, will neither preserve integrity of territory nor secure protection of persons.”[1] Others voiced similar observations. Canadians had been protected from predatory realpolitik by the British Empire, that unique concatenation of might and (supposed) right. They believed the stories of historians, from David Hume to T.B. Macaulay, that made British imperial hegemony the place where modern liberties were nurtured and disseminated. British might had shielded Canada from American invasion before. But it would do so no more. What could Canadians do under such circumstances? Certainly they could deliberate. But Canadian deliberations were as unlikely to rein in American expansionism as past British deliberations and even proclamations had proved.

Moreover, for all that loyal Canadian subjects deplored American violence, they also coveted some part of its effects. The extraordinary expansion of the United States westward was extraordinarily violent. Canadians preferred a more deferential order, but they too began to hanker for the lands to the west and to look to American precedent for justification. Could the thing be done without violence? Elizabeth Mancke remarks, in an important Borealia posting, that Canadians were remarkably successful in emulating American ends, and achieving them with much less overt violence. Hence we have what Dan Rück, at the recent meeting of the Canadian Historical Association, described as an invasion that pretended it was not an invasion. For Canadians to highlight violence, the might-makes-right argument, was to highlight their own vulnerability.

So, instead of referencing violence, the “fathers” of Confederation instead chose to reference political rationality. They argued that history was rational and “Indians” were not. It followed that Canadians were not choosing aggressive expansion; they were merely acting for larger processes of civilization. That was George Brown’s view. He argued in the Toronto Globe that Canada West was naturally destined for transnational economic and political hegemony, so long as the obstacles obstructing it—backwards, illiberal French Canadians to the east, backwards, illiberal Indians to the west, and corrupt, illiberal toryism in its midst—could be restrained either politically or constitutionally.

Where Brown’s political enemies were enfranchised, they rebutted his sweeping denunciations in legislatures and partisan newspapers. But where they were not, the slurs stuck. And Brown’s timing was good. The 1860s was a decade of intense racialization, seen in an emerging dichotomy between history and anthropology, the first populated by rational historical agents, the second by irrational ahistorical agents embedded in culture like a bug in amber.[2] Indigenous people were declared to be subjects of anthropology not history, requiring aggressive assimilation projects to precipitate them out of culture and into history.

In short, if political history tends to exaggerate rational deliberation, histories of Canadian Confederation have probably done so more than most, for the reasons exposed above. Donald Creighton’s oeuvre reflects that historiographical trajectory. Whereas his early work saw in early Canada a clash of cultures, his later book, The Road to Confederation, portrayed the process as almost culture-free, a deliberative and strategic conversation by men who were masters of their fate, captains of their souls. The burden of Canada’s destiny lay in the country’s heroic statesmen, the best of whom—John A. Macdonald—owed nothing to historical ideas and everything to a kind of pragmatic, situational political logic.[3] That was an appealing story for Creighton’s audiences. And it’s true that you cannot do political history well without considering strategic intentions. To ignore them is to be their dupe. But you still need something more to explain outcomes.

The rational-deliberation story veiled a lot of background coercion. The new political history doesn’t discard the public sphere of strategic deliberation: Colin Grittner very ably defended it before the CHA at a round table for the new political history. But he and others also insisted on the need to understand political history as reflecting and in a “dialogue” with social and cultural history that shaped both the presuppositions of deliberators and the practical outcomes. Reason, Hume observed, is always passion’s slave. His explanation for modern liberties saw them develop accidentally, often via overtly tyrannous intentions. Canadians are ill-served by political history that veils bullying, violence, greed, self-flattery, chauvinism, or any other elements of that crooked wood from which we are made, and from which nothing wholly straight can ever be fashioned. Certainly not a constitution.

E.A. Heaman is an associate professor in the Department of History and Classical Studies at McGill University. Her new book, Tax, Order, and Good Government: A New Political History of Canada, 1867-1917, is published by McGill-Queen’s University Press.

[1] Parliamentary Debates on the Subject of the Confederation of the British North American Provinces (Quebec: Hunter, Rose & Co., 1865), 670-1.