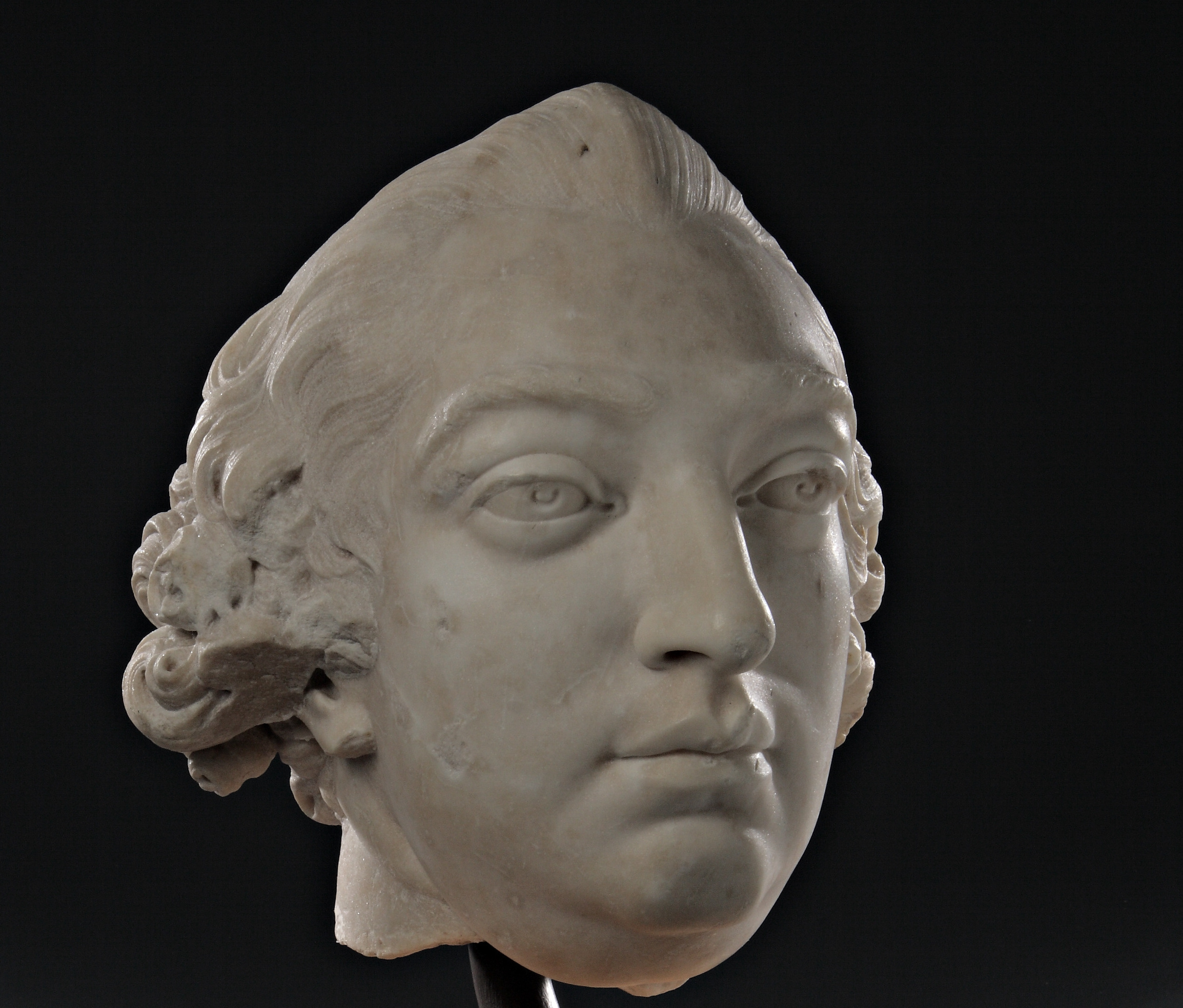 The king’s face had been “smeared with tar, with a necklace of potatoes around the neck from which was suspended a wooden Cross with this inscription— VOILÁ LE PAPE DU CANADA ET LE SOT ANGLOIS [This is the Pope of Canada and the Fool of England].”  On the morning of May 1, 1775, the very day that the historic Quebec Act entered effect, Montrealers discovered this shocking vandalism to King George III’s marble bust, prominently displayed near Notre Dame church on the central Place d’Armes.  The city buzzed with discussions about who might have perpetrated an act that was so insulting to the monarch and British rule.[1]

Many Montrealers naturally suspected that the vandalism had been committed by Anglo-Protestant “old subjects”—those who had came to Canada from other parts of the empire after the Seven Years’ War conquest—as opposed to the French-Catholic Canadien inhabitants who became “new subjects” as a result of the 1763 Treaty of Paris.  The old-subject minority, comprising maybe five percent of the province’s 1775 population, vocally opposed the innovative new Quebec Act government because it broke with their expectations for English legal and representative customs.  In late 1774, many old subjects had petitioned for the Act’s repeal before it entered effect, but to no avail.  The vandals’ overt political message certainly implied radical old subject involvement, but officials and historians never identified the perpetrators or their true motivations.

There is evidence that the king’s bust represented more than just British rule over Canada, serving as a symbol of elite French Canadians’ embrace of the new imperial regime, too.  The statue’s October 7, 1773 public installation in Montreal provided new subjects an opportunity to demonstrate their loyal zeal, nurtured over the years by governors James Murray and Guy Carleton through tolerant, pro-Canadien policies and consultation with the gentry and church.  Chevalier Luc de Lacorne notably pestered church authorities to ring the bells of Notre Dame for the civil dedication ceremony, and the Quebec Gazette published French poetic verse proclaiming King George III’s virtues to honor the occasion.  Thus, the May 1, 1775 bust defacement would presumably have been taken as an affront to the Canadien leadership class—those who benefitted most tangibly from the Quebec Act, including access to high provincial office in the appointive legislative council.[2] 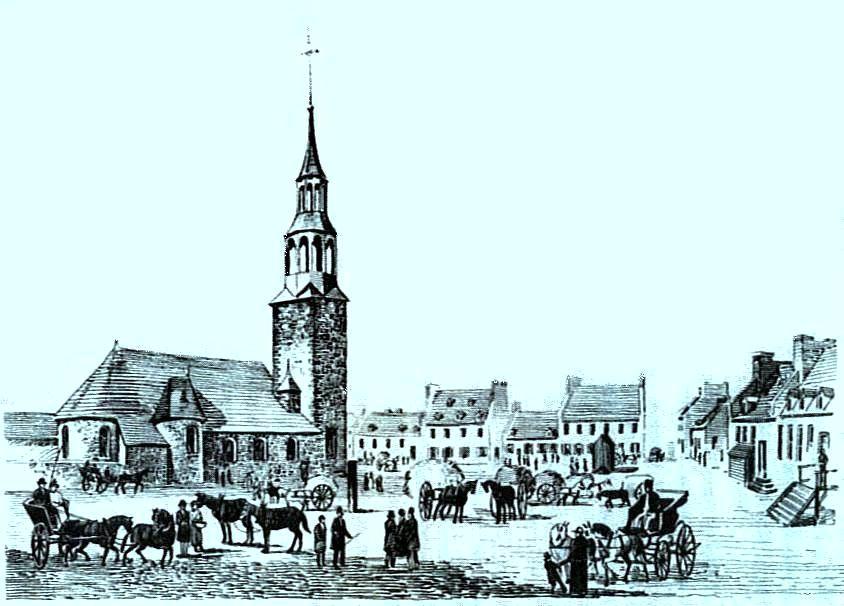 Historians have occasionally employed the vandalism episode, along with the Belestre-Franks and Solomons-Lepailleur altercations, to illustrate the heated political dispute between “French” and “English” Canadians over the Quebec Act; but the historiography has effectively ignored an intriguing aspect of the two fights.  Franks and Solomons were both old-subject Jews, not Anglo Protestants.  If the violent quarrels merely reflected friction between “old” and “new” subjects, Jewish involvement in both incidents would seemingly defy demographic odds, since Jews only represented about ten percent of Montreal’s old subjects.  These scuffles could reflect otherwise inconspicuous ethno-religious tensions between Canadiens and Jews in the early years of British Canada.

The few contemporary accounts of the two physical confrontations describe their superficial triggers.  In the first, Belestre proclaimed that the vandals should face the hangman, and Franks countered with his interpretation that this was not appropriate punishment under British criminal law.  This was overtly a debate between “new” and “old” subject legal understandings and concepts of good civil order.  The second exchange was visibly rooted in ethnic identities—Solomons suggested that “some Canadian scoundrel was the author of the insult on the bust”; then Lepailleur responded that “he made no doubt but it might as well have been performed by a Jew,” provoking Solomons to strike him.  The secondary source literature offers little more to explain the background of these fights and generally leaves broader themes of Canadien-Jewish conflict unexamined.  The dynamic and constitutionally uncertain conditions in Pre-Quebec Act Canada do, however, suggest several other underlying stresses between these two groups.[4]

Before the Quebec Act, British Canadian politics centered on a contest between “English” and “French” party visions for the province’s future.  The old-subject minority sought the benefits of English law and a traditional, Protestant-only representative assembly to protect their rights, and privilege common property and business interests.  Jewish Canadians were an integral part of this English Party and subscribed to the several petitions expressing their mutual political concerns from 1764 to 1774.  Nine of the ninety-one Montreal old subjects who signed petitions for Quebec Act repeal were Jews, including both Ezekiel Solomons and David Salisbury Franks.[5]

The opposing French Party Canadien elites advocated for the French legal code, familiar to the long-term inhabitants, and opposed a representative assembly.  Both Lepailleur and Belestre subscribed to a December 1773 petition that captured some of this party’s interests.  Ultimately, the British ministry’s innovative Quebec Act constitutional solution sided heavily with the French Party—recognizing the importance of the Canadien majority’s concerns—snubbing and disappointing Anglo-Protestant and Jewish old subjects as a result.[6]

Economically, the early British regime also pitted between old and new subjects in direct competition.  Like other enterprising old subjects, some of the first Jewish settlers leveraged their well-established British imperial business networks to irrupt into the Montreal-based fur trade almost immediately after the conquest.  This challenged the previously dominant role of French Canadians, who faced crippling supply challenges with regime transition.  Soon however, upcountry Indigenous warriors responded to the British conquest’s political and economic turmoil with Pontiac’s War, threatening old-subject traders’ lives and seizing vast quantities of their goods—sometimes with direct Canadien complicity.  Ezekiel Solomons was among those so victimized, and a decade later, he and his Jewish business partners were still struggling to recover from their devastating losses.  By 1775, Canadiens and Jews had spent more than a decade in head-to-head and sometimes cutthroat fur trade rivalry.

Catholic and Jewish Canadians were also in another less-obvious struggle.  As non-Protestants, both groups were “second-class” subjects of the king with different concerns over legal protection, religious freedom, political rights, and economic opportunity.  Early on, Jews established exceptional precedents of de facto subject privilege through close association with Anglo Protestants, while French-Catholic new subjects’ loyalties were initially under suspicion.  As historians Sheldon and Judith Godfrey observed, “There were so few English and non-Catholic residents that the Jews made up a significant and ‘loyal’ population,” and the need for “loyal supporters meant that Jews in Quebec were allowed considerable economic and civil equality with the other English settlers.”  Officials even modified religious clauses in oaths to facilitate Jewish minor officeholding.  While the small Canadian Jewish population gained unprecedented non-Protestant privilege for the era, Canadiens struggled to clarify and improve their subject status.  Elite Canadiens, effectively excluded from their traditional high-level civil and military leadership roles in the colony, expressed the view early on that “To be excluded from participating in [government], is not to be a member of the state,” and the colonial administration vigorously supported more accommodating definitions of French Catholic subjecthood.[7]

The Quebec Act provided a revolutionary transformation to non-Protestant subject status.  Historian Hannah Weiss Muller observed that the Act “marked a moment when truly imperial subjecthood was imagined and realized—a subjecthood that could accommodate the many peoples and the many laws of the British Empire.”  It established clear political, religious, and legal measures to incorporate French-Catholic subjects and elevate their political role in the colony, yet it remained silent on the province’s Jews.  Their subject rights and privileges remained ambiguous, still heavily dependent on precedent and administrative tolerance rather than written law.  Canadian Jews’ subject progress had stagnated, and with expansive Canadien access to higher offices, the Act effectively negated the disproportionate political power that Jewish Canadians had gained through alliance with Anglo-Protestant old subjects.  The Quebec Act’s momentous shift of relative positions in “second-class” subjecthood may have served as another underlying stressor between Jews and Canadiens by the time of the two May 1775 vandalism-prompted fights.[8]

Ultimately, the many tensions ignited by the Quebec Act and vandalism affair were given little opportunity to take flame.  Just sixteen days after the Place d’Armes fisticuffs, rebel Americans brought revolutionary war to the province with a cross-border raid on Fort St. Johns.  This radically reoriented Canadian politics from local concerns to immediate and very practical issues of imperial loyalty or rebellion—especially during the American invasion from September 1775 through June 1776.

This did not mean that interethnic political and economic frictions disappeared, even if they drew little contemporary or historical attention beyond the Ezekiel Hart Affair of 1808.  The Quebec Act and subsequent constitutional evolutions did not significantly alter the relative struggles between the French-Catholic majority and the miniscule Jewish Canadian sub-minority, until the late eighteenth-century arrival of poor Continental European Jewish immigrants began to dramatically recast demographic and cultural concerns.  The two fights in Montreal on May 2, 1775 may have been trifling as individual events, but they provide a rare glimpse into otherwise unobtrusive subjecthood-citizenship struggles and relative competition between two groups of ethno-religious “second-class” subjects in early British Canada.

Mark R. Anderson is an independent historian focusing on Canada and the northern indigenous nations in the era of the American Revolution.  His published works include Battle for the Fourteenth Colony:  America’s War of Liberation in Canada, 1774-1776.