Posted in In Memoriam & 7 Tags 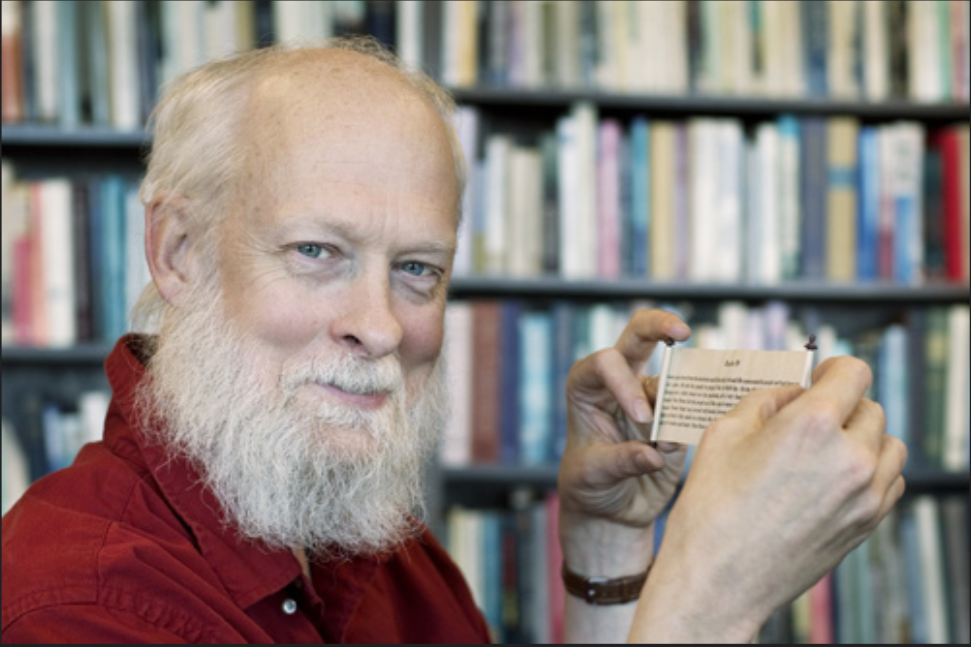 I remember the first day I saw Danny Vickers. It was in September 1986, and he was one of the instructors in my first-year History course, “Ideas and Society in the West,” a team-taught lecture at Memorial University of Newfoundland.   He was tall, thin, and paced back and forth when he lectured, with a curious blend of anxious energy and relaxed reflection. When he paused to make a point, he tended to cough, and he waved his arms around a lot.   We liked him and he had a good sense of humour in the classroom, but rumour around campus was that he was a tough marker who expected students to work hard.

When I took his fourth-year seminar on popular culture in Colonial America, I discovered that the rumours were true. Danny expected a lot. Each week we had to complete a ton of reading, most of it classics in English and American social history, and we had to keep a journal to demonstrate that we had grasped the arguments of each author. We had to design a major research project, based on a diary or similar primary source, and then present a draft paper to the seminar for peer review. After our presentation, Danny gave each of us an extensive list of revisions to be completed for the final version of the research paper. At the end of the course, each of us received, typed on a red index card, an assessment of our performance for the term.

On my index card, Danny explained that I needed to improve my writing style, because I relied too much on the passive voice. He had hammered me for my poor writing all term, and he was not going to let me off the hook. But, in between the criticism, Danny suggested that I consider applying to do graduate work in history. No one had ever suggested that to me before – I had some vague notion of going to law school – and I was stunned that someone who was so critical would think that I had a possible future as a graduate student. Even now, 31 years later, I think about this when I advise my own students, because I know how much a single word of encouragement can impact a student.

Danny could get away with such encouragement because he was kind yet hard-headed. If you are expecting some type of “Dead Poets Society” story of drama, transformation, and redemption, then you never met Danny. He was invariably practical, nearly always friendly, and sometimes brutally honest. He was well-read yet plain-spoken, both in the classroom and in his scholarship. His work was theoretically informed yet jargon-free. In researching, speaking, and writing, he was direct, clear, and reasoned.   Danny followed academic trends, but he avoided fashions and, while others became enamoured with postmodernism, he remained committed to social history based on rigorous archival research. For Danny, social history was the study of work. He wanted to know what people did during their working days and why they did it. For him, culture flowed from the material and social relations of the workplace and the family. He used diaries from colonial New England as windows through which to peer into how people organized their daily lives in families, communities, and industries.

Towards students like myself, Danny was singularly unpretentious. In all the time that I knew him, I never once heard him brag about anything. So I am not going to recount Danny’s awards and administrative accomplishments, nor am I going to recite his many contributions to early American history and maritime history. Danny focused far more on quality than on quantity. Unlike many of his colleagues, he was uninterested in publishing for its own sake. His two principal monographs are timeless models of scholarship, in part because they avoid chasing the latest intellectual fashions. For Danny, research and writing were crafts that required relentless energy, commitment, and attention to detail. I did not know how to work until I was a research assistant for the Young Men and the Sea project. During my first summer working for Danny in 1991, alongside Vince Walsh, his coauthor and friend for over thirty years, I learned how to work and to think like a historian.   Danny kept a close eye on me, and did so in such a way that always felt supportive. But he never lavished praise on anyone. It wasn’t until years later that I realized how important this was, because it meant that I could trust him when he said something positive. We’d have a beer together now and again, but Danny was not one of those professors who tries to be buddies with his students. Conversations in his office were short and to the point, because he was always busy and he had heavy family commitments.

Danny was many other things to many other people across different universities and decades. In writing about him this way, and remembering him as a professor in Newfoundland, I have a larger point to make. In an era marked by crises, anxieties, uncertainties – whether in politics, universities, or the historical profession – it is important to pause and reflect, if just for a moment, on what we actually do and what we actually say. Danny leaves many legacies, but one of the most important was his personal integrity. He had a wonderful sense of humour and a laugh that one never forgot. He was thoughtful and tolerant towards students and colleagues. He helped me, and countless other students, in important ways without ever making a big deal out of it.

My point is that, in recognizing Danny’s legacy as a historian and a teacher, we need to remember him as a person. More than any professor I have ever known, Danny remained a person first. That’s self-evident, of course, but please take a moment to think about how we actually think and act in universities. If you’re honest with yourself, you’ll realize that, for much of the time that we’re dealing with students and colleagues, we’re erecting or negotiating barriers between ourselves. We tend to operate at a level of abstraction – whether it’s status, ideology, agenda, theory, or something else – that keeps us from having a humane conversation. We talk and talk, but we do so at one step removed from ourselves. Danny had such a tremendous impact on me, and on thousands of others, because he treated me as a person. I could build this point into an elaborate argument about the importance of humanism, and footnote a bunch of recent articles on academic culture, but Danny didn’t have much time for that sort of thing. He was too busy being himself to have time for pretension. In an academic world full of somebodies, Danny needed nothing more than to be himself.

Jerry Bannister is an associate professor of history at Dalhousie University.

Note: This essay is cross-posted with our partners at the Acadiensis blog.