Posted in In Memoriam & 8 Tags 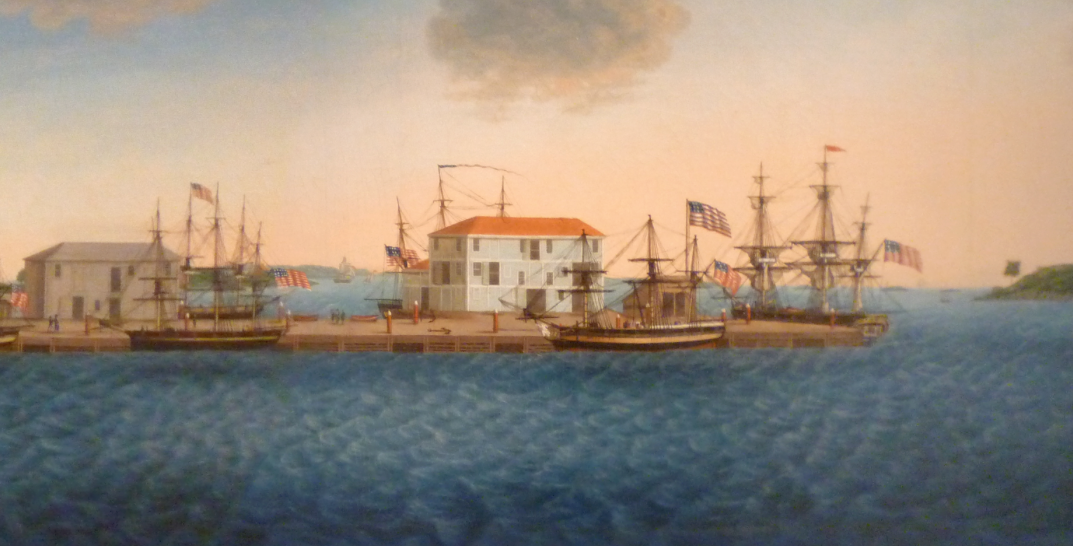 Perhaps you’ve heard the one about Reviewer 2? Danny Vickers had one of those stories. As a young scholar, he got a response back from (of course) an anonymous peer reviewer who dismissed his submission on these grounds: “This article reads as if it was written in a third-rate university library.”

This story reminds me of the indispensable, therapeutic conversations that we have on Twitter now about “Reviewer 2” problems. Why do I remember this conversation with Danny so vividly? For one thing, not one of my professors or mentors ever admitted—at least not to us, their students—that they had ever encountered a questionable, insulting, or otherwise difficult peer review response. What I heard, and saw, from my role models both at the undergraduate level and in my PhD program appeared to be a measured waltz from sabbaticals to book awards to keynotes, from Fulbrights to MacArthurs to Guggenheims.

Social media, job market wikis, and blogging have admirably disrupted that narrative. Reviewer 2 has reached the status of an internet meme. It’s worth remembering, though, the rare senior faculty of the former era who found their own ways to speak honestly about the real lived experience of an often frustrating and unfair academic culture. It was very in character that Danny finished the story with a chuckle and a blunt remark. “He was right. It was written in a third-rate university library.” Of course, that article was later successfully published elsewhere and helped make his professional reputation.

There’s another reason that I remember the conversation about “third-rate libraries.” It was a welcome, and poignant, moment between us, because Danny himself had played the role of the dreaded Reviewer 2 for me not long before. With characteristic honesty, his peer review was signed. Still, he had advocated what felt like drastic revisions to my book manuscript. (Many of these were implemented. Still, a senior colleague in my own Department later remarked that the most entertaining part of my promotion and tenure dossier was my long rebuttal to the peer reviewers as sent to my editor.)

Parts of my project he understood—later, he generously agreed to write for the back cover—and parts he did not. Teaching and mentoring across generations is always fraught. That’s especially true in our era when the rules and circumstances of the profession seem to change every few years and methodologies come with a sell-by date. Danny Vickers, unavoidably, spoke to me across a generational gulf. He shared only a little with me in terms of sources, methods, and historiographical pedigree. What I have to admire about him as I, myself, grow older in the profession is his ability to handle a younger, unfamiliar generation with personal warmth, grace, and respect. It might seem like a common sense proposition that taking a “glass half full” rather than “half empty” approach to early career researchers is healthier for the life of the profession, but that’s an insight that continues to elude a surprising number of senior scholars.

Others have blogged (here and here) about his honesty and how it deepened and informed his personal relationships. It’s worth remembering that honesty is an intellectual virtue as well as a personal one. Danny Vickers had a remarkable knack for making the simple, yet unexpected statement that could transform, rather than merely add to, a debate. I remember seeing him at a roundtable in Halifax on Simon Schama’s (then) new book Rough Crossings, about the founding of Sierra Leone. Vickers was not one of the more talkative members of the panel, but it is his remark that has stayed with me ten years later. He said, slowly and in a concentrated way, as if talking out loud to himself, “I don’t understand what it is about popular history that makes it always have to be conservative.” He went on to trenchantly dissect Schama’s Whiggish and literal-minded reading of the early years of the Sierra Leone project. But it was so like him to redirect our attention to a much bigger problem, with an unforgettable, forthright statement.

There was no shortage of such statements in the first Vickers publication that I ever read, a short piece in the William and Mary Quarterly entitled “Beyond Jack Tar.”[1] One of my professors at the University of Michigan, Sue Juster, knew that I’d been intrigued with Marcus Rediker’s Between the Devil and the Deep Blue Sea (a book that was then just five years old or so) and made sure to put a photocopy of “Beyond Jack Tar” in my hands. Re-reading it today, it’s striking how fresh it still feels, and how many later developments it anticipates. Vickers remarked on the “absence of any well-defined body of maritime theory around which research and debate might be organized,” resulting in scholars talking past each other.[2] “One might well ask,” he went on, “whether we ought to bother with maritime history as an organizing concept at all.”[3]

It is possible to see the seeds of his later project, Young Men and the Sea, in his remark that “Even the most sophisticated social histories of seafaring in the age of sail… do not inquire seriously into sailors’ origins, their families at home, or their later careers on shore… [yet] more than most callings of the day seafaring was a stage in life.”[4] 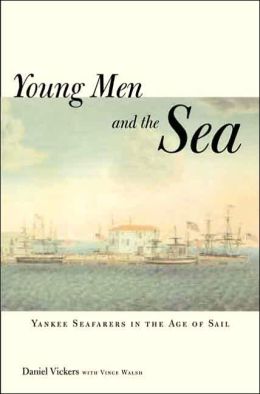 Surveying developments in the field today, he would certainly welcome the use of new technologies to explore these questions using GIS and databases, but he would also be pleased to see research groups like the University of Portsmouth’s Port Towns and Urban Cultures that seek—in the words of “Beyond Jack Tar”—to “integrate what we now know about life at sea with our increasingly sophisticated understanding of life in port.”[5] Rob James’ work on port towns and cinema, and Karl Bell’s work on urban folklore in port towns, belong to time periods and methodologies that are far from Danny Vickers’ customary reference points, but it is a tribute to his thoughtful state-of-the-field piece from a quarter century ago that one can immediately see where they would fit into his framework.[6] The articles by James and Bell also engage with, subvert, or at least complicate, a memorable aphorism (or Vickers-ism?) from Young Men and the Sea: “Sailortowns were long on character but short on community.”[7]

We each, necessarily, belong to a particular generation. Some wit once remarked that an academic career, considered in full, means entering a room in the middle of a conversation that started long before you got there, staying a while and taking part, and finally leaving the room while the conversation goes on without you. But I do not see Danny Vickers’ work as simply a “completed” career that belongs to the past. He continues to challenge, provoke, and stimulate us as the historiography around sailors, port towns, and coasts moves forward.

Isaac Land is a Professor of History at Indiana State University. He is the author of War, Nationalism, and the British Sailor, 1750-1850 (New York: Palgrave Macmillan, 2009). He regularly updates the Coastal History blog and has also written a short overview at the Firths and Fjords blog, Coastal History: Who, What, and Why?