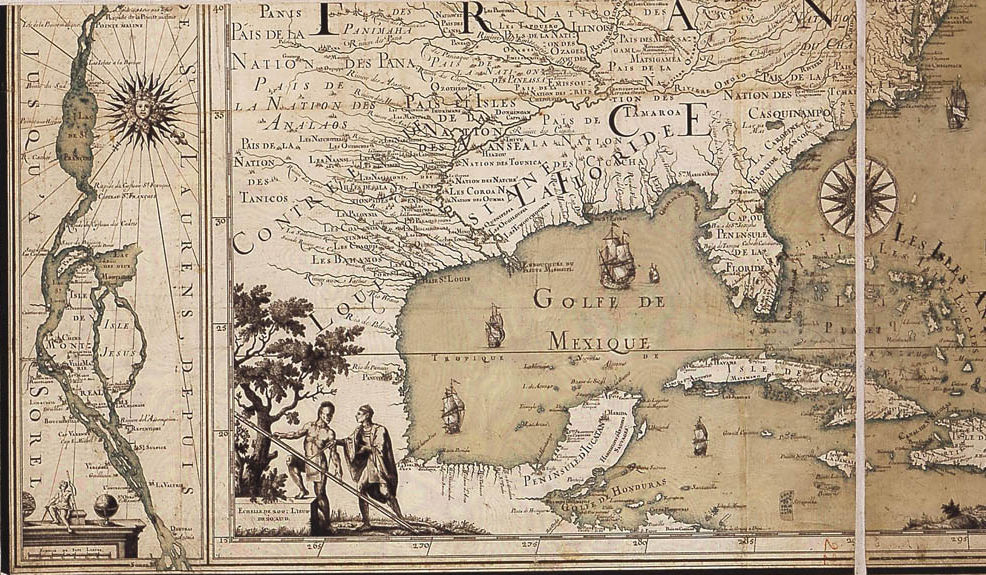 This ambitious book considers “the ways in which Europeans and their Euro-American descendants remade New World space as they laid claim to the continent’s resources, extended the reach of empire and established polities and jurisdictions for themselves”. Greer’s principal goal is to challenge the notion inherited from the Enlightenment that property was “a single thing, a hallmark of civilization and modernity” (2). By exploding a binary conception of property in which Europeans had it and Native Americans did not, Greer highlights the diversity of practices of property formation across three primary zones – the central uplands of Mesoamerica, southern New England, and the St. Lawrence Valley. Each zone was a principal area of settlement of New Spain, New England, and New France respectively, as well as home to a wide range of Indigenous cultures. However, as Greer admits, this focus does neglect other indigenous and colonial spaces, notably along the periphery or frontiers of these regions. He does helpfully provide brief mentions and historiographical notes for places like Acadie, but I could not help but wonder if more study outside the central zones of European settlement would have helped further the arguments about the diversity of property formation practices and the relative importance of indigenous and settler agency.

In fairness to Greer, this would have been a monumental task and the initial achievement here invites researchers to approach other parts of early modern North America with a similar lens of comparative analysis. The book covers a wide scope of Nahua, Ninnimissinuok, Innu, Spanish, English, and French dimensions of property formation. Greer specifies that the book is not a “systematically comparative analysis…[the] use of comparison is more casual and circumstantial” giving “due recognition to convergent as well as to divergent tendencies” (22-23). What follows is a unique and rich discussion of ideas and concepts at the heart of not only colonization and settlement, but also the daily life of families and communities. Happily, Greer demolishes standard stereotypes of the differences between Spanish, French, and English imperialism and instead offers new insights that help imagine and constitute a distinct early modern North American history.

For example, Greer’s chapter on the Colonial Commons explains how common property was “a central feature of both native and settler land tenures” and that dispossession of indigenous peoples was often more about “the clash” of commons than the extension of individual rights in what some have termed the “enclosure” movement (241-242). As with other concepts described in the book, Greer returns to the basis of European and Indigenous understandings, in this case, how Locke imagined property and indigenous peoples’ use of the land in relation to actual practices as they developed through the pre-Columbian and early modern periods. The fact that some Indigenous societies did practice common agriculture, but without domestic animals, was a critical component of how they divided and shared the land. Indeed, North America was “a quilt of common properties” that had less to do with location and more to do with “rules and customs governing access to and management of resources” (253).

From the start, Greer provides fundamental insight into the shifting meaning of empires, “tentacular entities, unbounded whether by sea or by land. They were opportunitistic, employing strongholds, fortified ports and enclaves of settlement to influence and lay claim to much broader, but ill-defined, areas over which they exercised varying degrees and different kinds of influence” (6). He returns to the relationship between Empire and Colonies in a later chapter in provocative and helpful ways, emphasizing that state-making and property-making went hand in hand but were not the same thing (355). The discussion of the Spanish Crown’s often futile attempts to regulate what was happening in New Spain provides an essential reminder of the limits of metropolitan power and the importance of local history (359-367). Throughout the book, Greer revisits and advances our knowledge of many central features of early modern North American history including indigenous-settler conflict and treaty-making, colonial-metropolitan relationships and power structures, as well as surveying and legal practices. We learn about how land ownership and use was practiced and regulated, and also how indigenous and settler historical actors thought about it and adapted it to changing circumstances. Greer is at pains to show that property formation was not about “systems” but rather a diversity of changing local practices informed by conflict, culture, and need.

Greer’s analysis resonated with me on several levels. As a historian who often employs transatlantic comparisons in my research, I found convincing the notion that there was an “early modern North America” with European and Indigenous influences rather than simply a pre-Columbian followed by a colonial period. It must be said that the book is most successful for the sixteenth and seventeenth centuries; the forays into the late eighteenth century and the revolutionary period were less developed and they might have been dropped in favour of more analysis of the early 1700s in my view. I particularly valued the central place that agency played in the discussion. All historical actors, whether indigenous or settler, elite or not, were presented as people with knowledge, experience, and something to contribute. At the same time, Greer clearly illustrates the threat of war and violence and the consequences of epidemics that were fundamental to colonization in New Spain, New England, and New France. Indigenous peoples were not simply victims, but they were heavily influenced by different variations of “the conquest regime” (101).

With regard to my own research on Acadie, Greer’s central argument about the diversity of practices of property formation makes sense. While I have elsewhere argued that the seigneurie was alive and well in the colony, there were clear differences in its application in comparison with New France and France.[1] The local economy also varied significantly between Acadian communities and thus so did practices involving the land. There are several examples of negotiation of land use with nearby Mi’kmaq communities, as well as plenty of evidence that the Acadian-Mi’kmaq relationship became more strained as the colonial population grew and spread out over the territory. Jeffers Lennox has recently offered a compelling analysis of European visions of Acadie/Nova Scotia alongside Indigenous views of homeland, in this case, Mi’kma’ki.[2] New works on frontier areas of New France, such as Detroit and the pays d’en haut, will no doubt add further insights.[3] The image of the patchwork quilt eluded to earlier seems particularly relevant when we look at New France as a whole and not just Canada (the Saint Lawrence Valley).

Greer hopes that his findings will contribute to current debates about settler colonialism and its consequences. Colonization, dispossession, and resistance “have not ended, though they have taken new forms in the twenty-first century” (433). Of course, Canada is grappling with the findings of the Truth and Reconciliation Commission and the disturbing rise of identity politics in recent provincial election campaigns can also be linked in part to competition over land and resources. Books like this one remind us of what is at stake, and the central role that contested practices of property formation – not just land ownership but also access and land use – has played in creating modern society. Not everyone will agree with Greer’s assertions about the bankruptcy of the ideals of private property (436), but his thoughts will certainly further the discussion.

This book is essential reading for all researchers interested in early modern North America and particularly the sixteenth and seventeenth centuries. It is a critical and accessible reference book for the workings of indigenous and new colonial societies and their surrounding historiographies as well as a wonderful example of the potential of comparative analysis for developing our understanding of the past. While it should come as no surprise that there was diversity in practices of property formation, the subject is treated here with comprehensive detail, clear focus, and a fresh perspective. Simply put, Greer’s monograph is compelling reading and an impressive contribution to the field.

[1] Gregory Kennedy, Something of a Peasant Paradise? Comparing Rural Societies in Acadie and the Loudunais, 1604-1755 (McGill-Queen’s University Press, 2014).