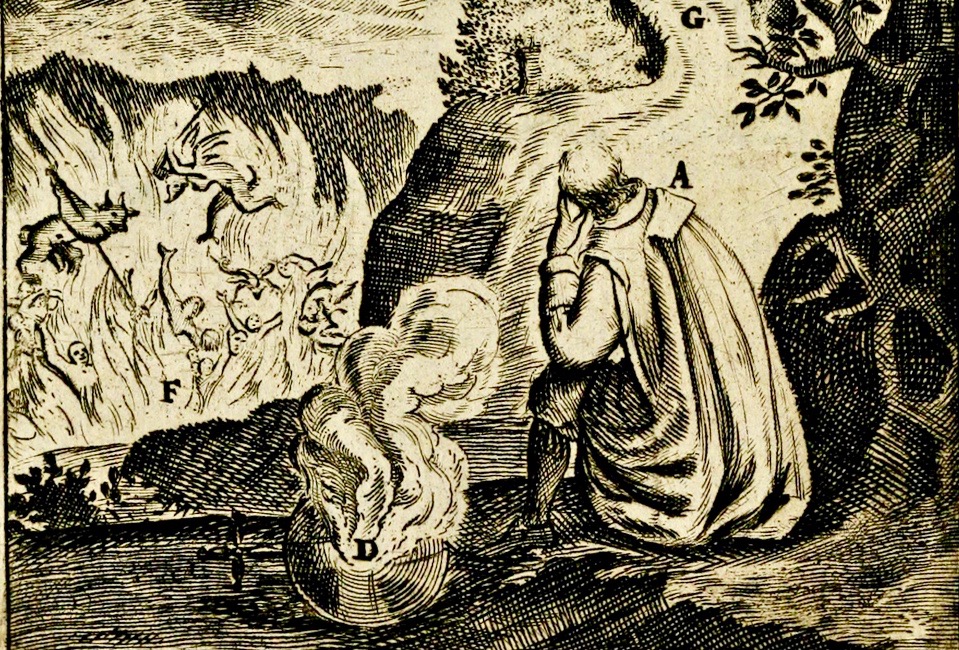 [Teach My Research is an occasional series at Borealia to help connect research and teaching, putting the latest scholarship on early Canadian history–Indigenous, French, British, or early national, to about 1900–into our classrooms. We are inviting authors of recent historical monographs or research articles to think about how their scholarship could translate into high school or university classrooms, providing teachers and students with curricular connections, discussion questions, and primary source materials. If you’d like to talk about contributing to this series, please contact us at editors@earlycanadianhistory.ca.] 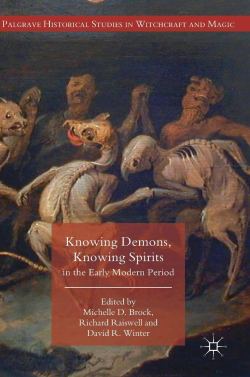 I wrote the article “Jesuit Missionaries and the Accommodationist Demons in New France” for the book of collected essays Knowing Demons, Knowing Spirits in the Early Modern Period, part of the Palgrave Historical Studies in Witchcraft and Magic series.[1] It began with my attempts to understand how missionaries interpreted the malevolent spirits they were hearing about from both Indigenous people and European settlers in North America. As I read through Jesuit writings in search of the Jesuit perspective on demons, I noted several things that I had not expected to find. First, the individual Jesuits working in New France were more distinct one from another than most historians’ accounts would suggest when speaking of “the Jesuits” as a group. Second, the Jesuits did share a belief that demons would be flexible in their attempts to influence human minds–resembling how the missionaries themselves were flexible in their attempts to convert Indigenous peoples. I found this conception of demons as missionaries to be kind of charming, in a somewhat dark way. And third, I was struck by how Indigenous responses to the Jesuits sometimes turned the missionaries’ attempts at conversion against them, and even amounted to charges that the Jesuits were actually demonic forces bringing discord, sickness, and death.

What is your article about?

My article examines what Jesuits in New France thought about demons. More specifically, it considers how missionaries in the 1630s and 1640s tried to make sense of Indigenous reports of spiritual power in a colonial context of religious universalism. It starts with an explanation for why the Jesuits from Europe expected to find demons in North America and an analysis of what characteristics they presumed these demons to share with demons in other parts of the world. Next, it traces how individual Jesuit missionaries reacted differently to stories of supernatural power in Indigenous societies. Finally, it considers why the Jesuits were sometimes accused of being very much like the demons they thought they were fighting.

One of the main arguments in the article is that Jesuit demonology was flexible and accommodationist: Jesuits believed that demons were trying to accommodate themselves to new cultures, making these demons similar to the Jesuits in their approaches to conversion. The article’s comparison of how different Jesuits responded to Indigenous stories of malevolent spirits reminds us that Jesuit missionaries thought and acted as individuals within the larger order and should not be presumed to have shared the same perspective on all matters. In examining Indigenous responses to the missionaries’ claims, the article uncovers a facet of Jesuit demonology that is complex and, in a sense, ironic: within their own metaphysical system Indigenous people transformed the Jesuits into something like the malign figures that the missionaries were seeking to defeat.

What are some curricular connections between your research and common class topics or courses in early North American history?

The Jesuits feature prominently in many early North American history courses, but students don’t often go much beyond reading a selection of their Relations. This article could be assigned as a reading in a unit on missionaries, the religious culture of New France, the place of Canada in the early modern world, or to provide a colonial perspective on Indigenous responses to attempts at conversion.

Did the article use any publicly available primary sources?

Much of the evidence in the article comes from the Jesuit Relations. I primarily used the Monumenta Novae Franciae edition, but the older edition by Reuben Gold Thwaites is more commonly available in libraries and online. Volumes 3, 6, 7, and 10 all contain passages used in “Jesuit Missionaries and the Accommodationist Demons in New France.” The English translation of these volumes can be found here: http://moses.creighton.edu/kripke/jesuitrelations/

What Historical Thinking Concepts can this work help students learn?

The article and the Relations can help students practise all of the Historical Thinking Concepts:

Analyze cause and consequence

How does it help students achieve the Core Competencies and Learning Outcomes of the AHA History Tuning Project?

The article “Jesuit Missionaries and the Accommodationist Demons in New France” will help students build historical knowledge by teaching them about colonization in the early modern world. Reading the Jesuit Relations will allow students to develop historical methods as they interpret primary sources that present a vivid and engaging account of seventeenth-century North America while, at the same time, must be read critically as texts that were written and edited with a political purpose. By combining the article with the primary sources, students will be able to recognize the provisional nature of knowledge, the disciplinary preference for complexity, and the comfort with ambiguity that history requires. They will also encounter different perspectives among modern historians as well as among seventeenth-century Jesuits, and they will see that some important questions have not yet been answered to everyone’s satisfaction. In order to answer any of these questions for themselves, even tentatively, students will need to apply the range of skills it takes to decode the historical record with its incomplete, complex, and contradictory nature. Students can combine the Relations with good secondary sources to create historical arguments and narratives, and they can use historical perspective as central to active citizenship by thinking about how the colonialism of the early modern period still affects people today.

Mairi Cowan is an Associate Professor, Teaching Stream, at the University of Toronto Mississauga. She is a historian of the late medieval and early modern world, with specializations in the social and religious histories of Scotland and New France. She also researches how best to teach and learn history at the secondary and postsecondary levels. You can find her on Twitter at @Historian_Mairi.