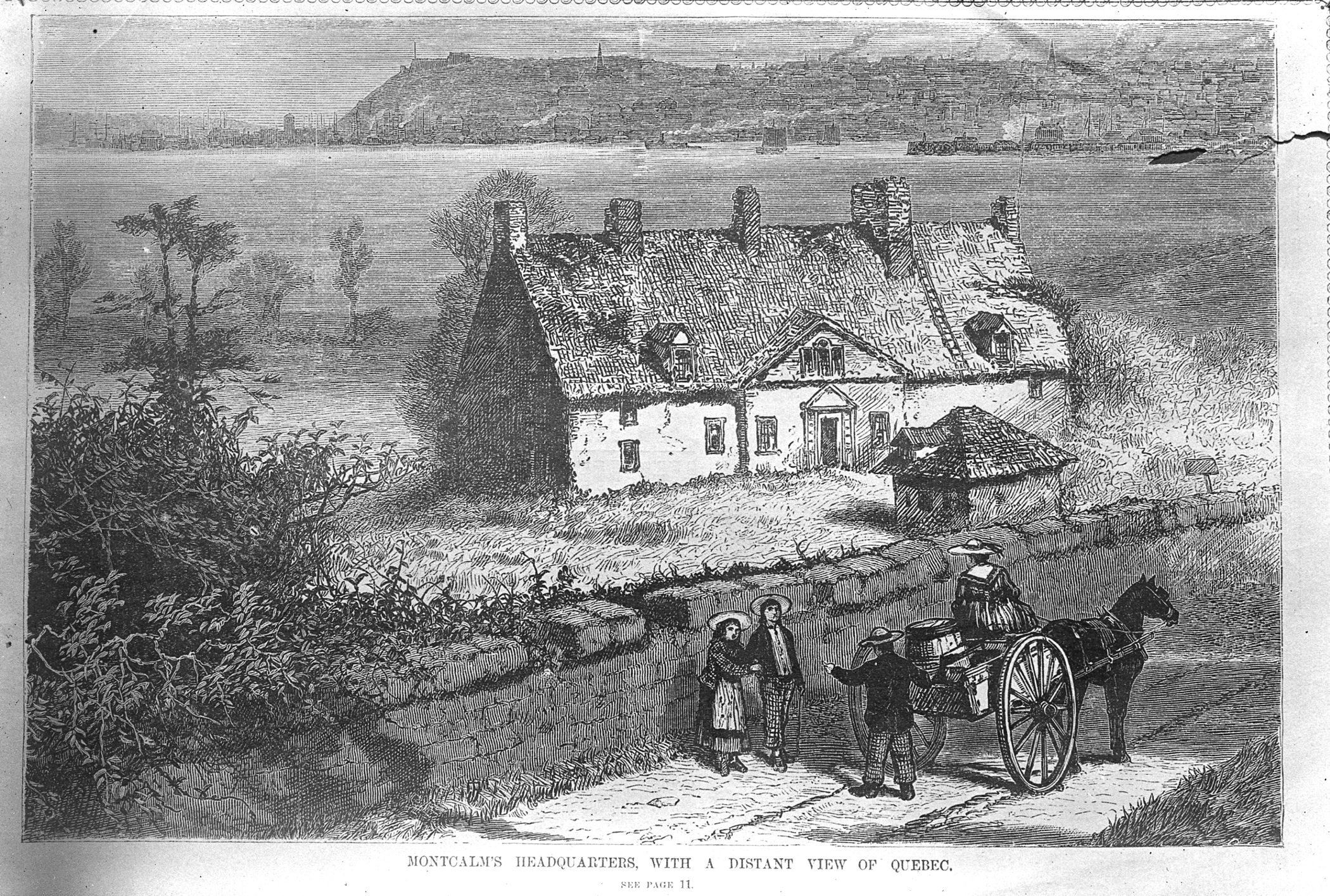 Following the release of Allan Greer’s latest book,[1] a colossal work of comparative history that we would like to salute from the outset, our distinguished colleague from McGill University has declared the inexistence of the seigneurial “system” (a declaration more pronounced in the original English version of his text[2]). Over and beyond the openly polemical title of his piece, Greer’s remarks are relatively consistent with the historiography, and, more specifically, with our own conception of the Canadian seigneurie. However, as historians who posit and study “seigneurial history”[3] as an area of research in its own right, it goes without saying that we felt a need to respond. This is especially so since the author, while refraining from a “full historiographical discussion,” implies that a “deeply misleading image of rural New France under the ‘seigneurial system’ rubric continues to be propagated.” Who are the proponents of this more “orthodox interpretation” than his own? Aside from a reference to Marcel Trudel and an article written by Jacques Mathieu in the Canadian Encyclopedia, it is unclear to whom, exactly, Greer’s critique is addressed. Is it to the authors of school books? Of thematic or general overviews? To current scholars in the field? After citing Dechêne, Dépatie, and Wien, who have unquestionably contributed to renewing the historiography of the seigneurial regime, Greer gives no other names. Taking Greer’s piece as a point of departure, we would like to establish the points on which we are in agreement, and then examine the notion of “system” raised by our colleague—and, in so doing, to underscore the vibrancy of this rich field to which we have been actively contributing for a number of years.

We would like to begin by drawing attention to our common ground with the author. In fact, our points of agreement are so many that beyond the rebellious title of his piece, there is little left for us to debate. These points include the relative nature of private property and the idealized interpretation of other forms of tenure outside the seigneurial case; the very debatable role of the state in regulating the seigneurial regime; and, especially, the tenuous link between the seigneurie and the long, narrow shape of lots. On this last point, scholars (including the geographer Harris, as early as 1966) have long been in agreement, and, like Professor Greer, we constantly point out in all possible forums the inaccuracy of this link and reiterate that there is nothing “seigneurial” about this geographical feature whatsoever.[4] Not only do we agree with most of Greer’s critiques of the orthodox interpretation, we concur with his perspective on the representation of the seigneurial regime perpetuated by popular historical works and school books, which continue to be in large part influenced by the credo of “mutual rights and obligations,” crystallized in Marcel Trudel’s 1956 brochure.[5]

To turn now to the controversy surrounding the “system,” Greer essentially denounces the myth of a seigneurial “system” that would in every way distinguish the people of the St. Lawrence from other spaces of colonization in North America. He also critiques a vision of the monarchy as wishing to establish this seigneurial “system” in its Canadian colony.[6] But who exactly has spoken of a “system,” in the way the word is commonly defined? “Classic” Francophone historiography has, instead, used the expression régime seigneurial. This continues to be the prevailing expression in school books, and is the one used in the Brève histoire du régime seigneurial (2012). Here, “regime” denotes the land tenure system set up in the St. Lawrence Valley. Another commonly used term is the seigneurial “tenure,” given that, as Greer rightly notes in Property and Dispossession, during the colonial settlement of North America, land was “held” (tenure comes from the Old French meaning “to hold”) in an imperfect form of ownership, of which the Canadian seigneurie was but one illustration. In our recent research, we have also used the term “seigneurie” by itself, or seigneurial institution, or even seigneurial “world,” to reflect how this form of land tenure marked the society becoming established on the shores of the St. Lawrence River. The notion that this form of property was not a royal “wish” but rather resulted from the influence of the colonial elites may be debated,[7] along with the purported uniqueness of the Canadian case. The examples Greer cites of other societies possessing a similar tenure (Maryland, the Hudson Valley, etc.) are well known, and the uniqueness of the case of the St. Lawrence, in our view, resides more in its longevity and long-term influence on French-Canadian society than in its uniqueness on a continental scale.

But let us come back to the word “system”—which we do not deny we have used on occasion, though rarely in the sense that Greer understands it. The English-language historiography has used this word much more frequently than the French, even going so far as to speak of “seigneurialism”—a Canadianized form of feudalism at times posited, at times minimized.[8] Greer claims that the “seigneurial system is a scholarly contrivance rather than a found object,” but system or no system, seigneurial tenure as a form of property and as a relationship reflective of a socio-economic otherness is an indisputable structuring fact of Quebec history. Greer calls attention to the other types of tenure permitted under French customary law (in particular en alleu). He is right in saying that elsewhere in the French Atlantic, in particular the West Indies, different choices were made, but the fact remains that Canada (and Acadia) adopted the form of tenure—the fief—most iconic of France in the 17th and 18th centuries, where the alleux had become extremely scarce and contested. For their part, direct censives, called “censives du roi,” prevailed in urban New France (with the exception of Montreal) and this “option” is clearly recalled in Portraits de campagnes (PUL, 2010). The fact remains that “terres, fiefs et seigneuries,” as they are customarily referred to in acts of concession, would gain ground in the St. Lawrence landscape, becoming a hallmark thereof well after the regime was abolished in 1854.[9]

Finally, Greer’s piece concludes with an attempted explanation that frames the context of the 1854 abolition as the primary source of influence leading to the “contrivance” of the seigneurial system. Without a doubt, the figureheads of the abolition, starting with jurists (and especially Louis-Hippolyte Lafontaine, who presided over the “seigneurial” court), would play a decisive role in historians’ interpretation of the system for a century,[10] in a sense justifying the rationale of the seigneurie, upholding its usefulness, and reaffirming the seigneurial rights that would be in large part compensated during this process. However, even if this “legal argument,” according to Greer, was useful to the “francophone nationalists,” the fact remains that over and beyond representations, the abolition process would leave tangible traces in property relations as well as in social relationships, largely in favour of the seigneurs. In contrast with Greer, we do not consider that the otherness of the “French-Canadian” case has been excessively folklorized. The continuation of two forms of land property in Lower Canada after 1791, and the perpetuation of “seigneurial” rents in a large portion of Quebec—even after 1854—left a lasting and substantial legacy in a context where the rest of North America had long since abandoned the archaic forms of property that Greer discusses so eloquently in his latest book.

Current research tends to recall that the abolition perpetuated a “seigneurial” world in 20th-century Quebec. The emphasis that the historians of the past decades have placed on Quebec’s normality and modernity has led to underestimating the social relationship inherited from the Old Regime. This world was discovered by the Toronto historian George M. Wrong among the seigneurs of La Malbaie, which he visited in the early 20th century; deplored by Saint-Hyacinthe deputy mayor T.-D. Bouchard in a speech to the House in Quebec City in 1926; and mocked by Gabrielle Roy, as a young journalist, in a text published in 1941—the ultimate moment of the disappearance of the seigneur/censitaire relationship in the Province of Quebec. It is true that during the same period, historians, for their part, held up an idealized interpretation of the old institution, an interpretation that would culminate in its “purest expression” with Trudel, yet it would be much exaggerated to claim that they fabricated it from thin air.

The reasons for our surprise upon reading Allan Greer’s brief text should now be clear, especially in light of its title, which, especially in English, ultimately does not seem quite aligned with the content of his piece. Most importantly, it seems to us that the summary fashion, to say the least (including a few shortcuts) in which the five points of the text are presented gives an impression of a stagnation in historiography, or even a refusal, by today’s historians, to abide by the views of those championing the “seigneurial renewal” cited in the text. In his book, the conflation of different authors viewed as upholding a simplistic interpretation of the seigneurie is even more surprising, and, frankly, unfortunate.[11] Together with other historians, we assert our contribution to a historiography that may be overly “national” in the eyes of our colleague from McGill, but one that reflects a history of fluctuations and evolutions in the land ownership regime and its many diverse forms across time, space and social relationships.[12] It is our hope that our respective research, past and current, stimulates reflection on the importance of the seigneurial object in the centuries-old history of Quebec, rather than maintaining an orthodox vision of a “system.”[13]

[6] In Property and Dispossession, Greer writes: “In the more conspiratorial versions of this view, seigneurialism was ‘imposed’ on the colony as part of a social engineering agenda intended to shape settler society along authoritarian lines” (p. 161). It is surprising, on this note, that he makes no reference to Fernand Ouellet, who explicitly voiced just such an opinion: F. Ouellet, “Propriété seigneuriale et groupes sociaux dans la vallée du Saint-Laurent (1663-1840)”, Revue de l’Université d’Ottawa, 47, 1-2, 1977, p. 183.

[7] Indeed, the observations by the author of Property and Dispossession invite reflection on this topic (see p. 161 and ss.) It is also worth pointing out Christophe Horguelin’s interpretation, which shows the weight of the small colonial oligarchy established during these times: La Prétendue République, Québec, Septentrion, 1997.

[8] Among others: William B. Munro, The Seigniorial System in Canada…, New York, 1907; R. C. Harris, The Seigneurial System in Early Canada. A Geographical Study, Montréal and Kingston, McGill/Queen’s University Press, 1966. Also see, more recently, Brian Young, Patrician Families and the Making of Quebec. The Taschereaus and McCords, Montréal and Kingston, McGill/Queen’s University Press, 2014 or the preface by this last author in Nouveaux regards en histoire seigneuriale. The word “seigneurialism” in the English version of the preface was in fact rendered by régime in French, precisely to cast the institution in a less “systematic” light.

[9] B. Grenier is currently conducting research on the persistence of the “seigneurial world” after the abolition. The study includes an oral inquiry on “seigneurial memory.”

[10] In this regard it is worth mentioning the influence of the seigneur and writer Philippe Aubert de Gaspé, who published his Mémoires (1866) and Les Anciens Canadiens (1863) during the same period, as well as the first historians who during the same times offered up an idealized interpretation of the role this “system” played in Canadian history.

[13] The authors of the present text are preparing to launch the Répertoire des Seigneuries du Québec, a search tool aiming to consolidate data on various aspects of the history and persistence of the seigneurial regime in Quebec. The database will cover all seigneuries and seigneurial landowners, from the first land grants in the early 17th century to the definitive abolition of the last seigneurial rents in 1940. https://espace.cieq.ca/