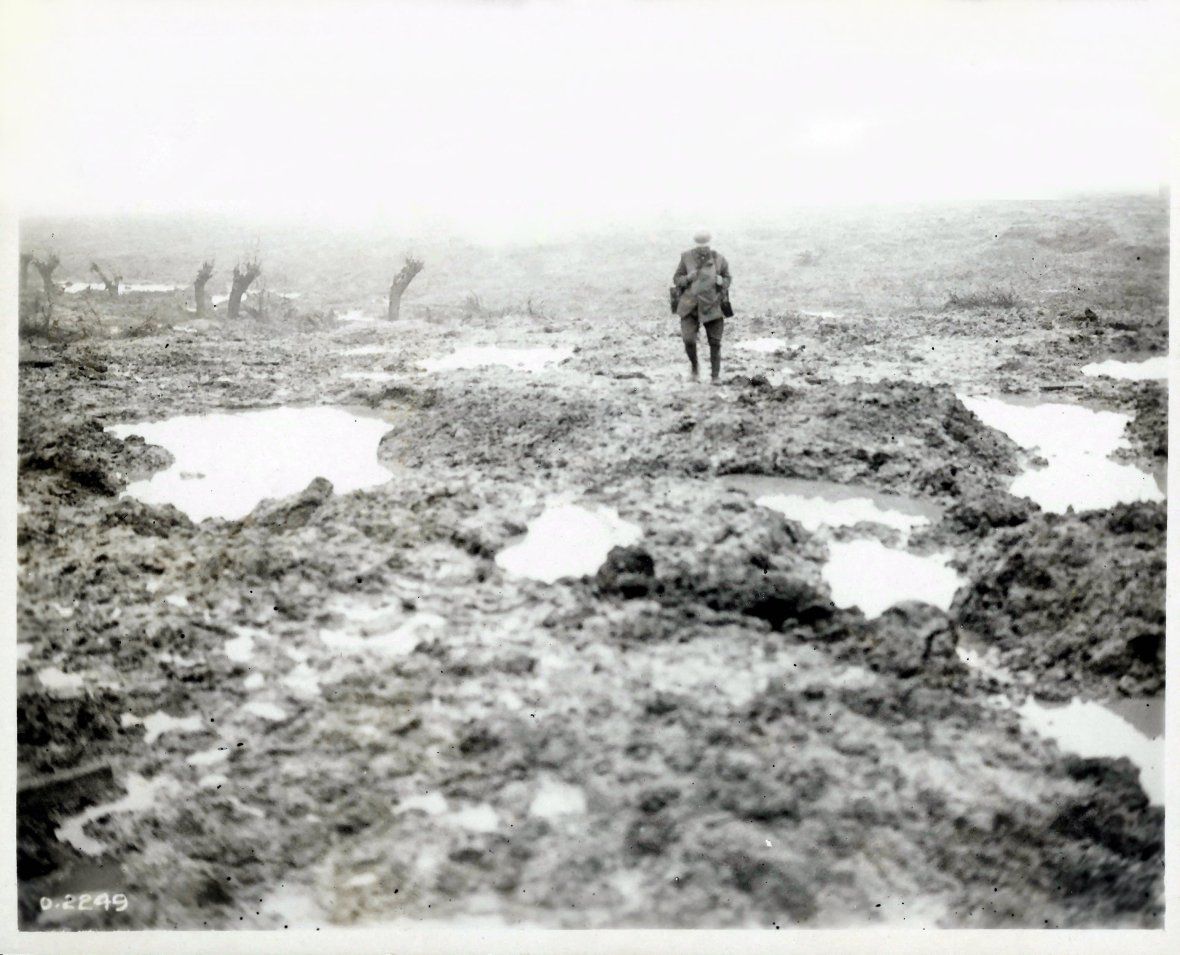 [This essay is part of a series of contributions to be published over the coming years by members of the research group “Military Service, Citizenship, and Political Culture: Studies of Militias in Atlantic Canada.” Any questions about the project can be sent to Gregory Kennedy, Research Director of the Acadian Studies Institute at the Université de Moncton at gregory.kennedy@umoncton.ca.

2018 marked the 100th anniversary of the ending of the First World War. This was a significant centenary year for Canadians, as the anniversary sparked a great deal of interest in commemorative activities and programmes. Of particular interest to my research is the Canadian War Museum’s Supply Line First World War Discovery Box, which became highly sought after by educators across Canada, as a useful tool for remembering the war. What made Supply Line particularly effective as a classroom resource was the use of museum artefacts, reproductions, and images that enabled students to experience war in tactile ways. Because of its popularity, however, access to the discovery box became highly competitive, and this popularity has since not waned at all. Every year, teachers across Canada vie to be included on the museum’s circulation schedule. As the “war to end all wars” fades from living memory, an international research network known as the Teaching and Learning War Research Network has been working since 2017 to explore concepts of war remembrance among young people. It is in this international context that new questions have arisen about 1) the ways cataclysmic events are taught in the 21st century; 2) what commemorative narratives exist in education; 3) how young people respond to and interpret such messages; and 4) the relationship between education and commemoration (http://teachlearnwar.exeter.ac.uk/). These questions point to complex ways of remembering the First World War.

Working with the Canadian War Museum, Dr. Lorna Mclean, and I have initiated a small University of Ottawa inquiry, aimed at identifying the concepts Canadian students (grades 7 – 9) construct about war. We are particularly interested in how the Canadian War Museum’s Supply Line discovery box may impact these beliefs. More specifically, our research question is twofold: “What core beliefs and assumptions underpin young peoples’ narrative beliefs about the First World War in Canada; and how does Supply Line support historical thinking and historical empathy about the First World War.” Our objective is to explore the extent to which students are able to question the highly emotive official narratives of reverence and sacrifice—to construct more complex narratives of war remembrance that empathize with a wide variety of war experiences.

Unfortunately, what we have discovered thus far, is that due to high demand, many teachers do not have access to the museum’s discovery box. For this reason, we have begun the process of replicating and localizing the discovery box (much as has already happened in Newfoundland with The Rooms BMO First World War Edu-kit). In so doing, we hope to make the material more easily accessible to classrooms in New Brunswick. Our replicated discovery box will be available for educators wishing to participate in the inquiry by September 2020.

So how does this relate to the activities of the Military Service, Citizenship, and Political Culture research initiative? I believe that our research interests intersect in three specific areas:

In New Zealand (Sheehan & Davison, 2017), Mark Sheehan has focused upon student remembrance around the Gallipoli campaign. His findings indicate that while young people in New Zealand (aged 13-14 years) perceive Gallipoli as significant to their national identity, they do not draw upon historical evidence to justify their beliefs. Instead, they construct “notions of sacrifice, heroism and a debt of duty to support their views” (p. 260). Upon examination of museum-related images that challenge popular beliefs about Gallipoli, however, Sheehan has found that a substantial number of students adopt more complex concepts for remembering. As Sheehan observes:

What emerged from the elicitation task is that when given the opportunity to do so, young people were able to engage critically with the production of cultural memory messages about war remembrance… Far from being passive consumers of national narratives about Anzac, the ways that these young New Zealanders made meaning of war remembrance was complex, nuanced and critical (Pennell & Sheehan, 2020, p. 26).

In Australia, where Anzac Day and the battle of Gallipoli are equally remembered, Melanie Innes and Heather Sharp (2018) have reached similar conclusions. They have found that a large proportion of students participating in their inquiry (aged 13 – 18 years) perceive Gallipoli as their iconic symbol of nation building (p. 203); only a very small proportion recognize differing perspectives surrounding this ideology (p. 202).

Likewise, Catriona Pennell in the United Kingdom has discovered similar beliefs among students aged 14-16 years. She has found that young people hold an “uncritical engagement” (Pennell & Sheehan, p. 27) with the First World War, attributing significance to remembering simply because “it would be disrespectful not to” (Pennell & Sheehan, 2020, p. 27). Through her research, involving students visiting First World War battlefields on the Western Front in France, Pennell has found that while the excursion greatly enhances students’ empathy towards war, the experience actually perpetuates beliefs about war remembrance that are shaped around patriotic concepts of sacrifice, duty and loyalty (Pennell, 2018, p. 93). As Pennell concludes: “The tours are teaching young people to remember a predominantly British experience of the First World War, to ensure that the “next generation” engages in remembrance practices – but for what purpose is not entirely clear to the students” (p. 94).

Here in Canada, we wish to investigate how teaching tools like the Supply Line discovery box may or may not enable students to move beyond such notions of reverence and duty, to adopt more complex—and more inclusive—understandings about war. Most certainly, the Covid-19 pandemic has dramatically impacted our work in this regard; but we are nevertheless hopeful, that a day will come when students can return to their classrooms again. In the interim, we are seeking teachers, or individual homeschooled students, who may wish to borrow our discovery box and participate in our inquiry. The replicated trunk will be available for use beginning in September 2020. I invite anyone who may be interested in participating in our inquiry to reach out to me at cwallac2@uottawa.ca .

Cynthia Wallace-Casey  is an adjunct professor and member of The Making History Research Unit at the University of Ottawa. She holds a PhD in history education from the University of New Brunswick (Education Studies) and is also a SSHRC Postdoctoral Research Fellow. Her postdoctoral research investigates national narratives, difficult histories, and Historical Thinking in museums.

Featured image:  “Mud and barbed wire through which the Canadians advanced during the Battle of Passchendaele.” William Rider-Rider. Canada. Dept. of National Defence. Library and Archives Canada , A-002165.